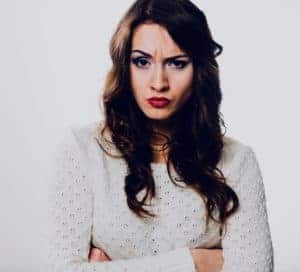 While some form of open banking is on its way to North America, not everyone is familiar with the term, results of a new survey from API management services provider Axway suggest.

Open banking is the use of APIs to unlock financial data, enabling third-party software providers and banks to build new, customer-centric financial applications and services. Axway facilitates open banking implementations around the world on its Amplify API Management platform, and is currently deploying its first packaged product, built on Amplify, for open banking in Brazil.

There is good news, however. While half of Americans have never heard of the term “open banking”, 84 percent agree with the belief they should be in control of their financial data. There are also discrepancies revealed. Even though 81 percent believe their bank provides all the services they need 40 percent of those folks to admit to using at least one finance or budgeting app delivered by a second provider.

“We’re at a transformational moment,” said Axway’s head of Open Banking, Eyal Sivan. “People still trust and need their banks, but these new fintechs are offering amazing tools that people really want to use. Open banking is the solution to making sure traditional financial institutions and fintechs can work properly – and securely – together.”

The infrastructure enabling these types of experiences are still obscure to the general public: when the concept of open banking was explained to them, half of the survey respondents did not think open banking was positive and worried about issues surrounding constant monitoring of their financial activity (33 percent), losing control over access to their financial data (47 percent), or even financial institutions using their data against them (27 percent).

“At its heart, open banking is about letting people control their money,” Sivan added. “It’s encouraging that there is some awareness of the term, although clearly there’s a misperception that ‘open’ means less secure. In fact, open banking would give people significantly more control over their financial data than they have now, as well as improving security in general.”

Axway sees open banking as a strategic imperative as the world moves toward an expanded financial ecosystem.

“It’s not just about compliance with regulation,” concluded Sivan. “It’s about making sure you’re ready for the digital economy of the 21st century, opening up silos and freeing data so it can be controlled and leveraged by its rightful owner: the individual who created it.”