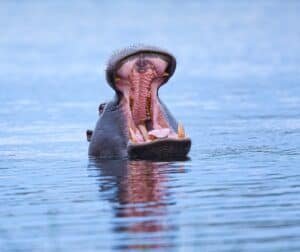 Hippo, the home insurance group that established a new standard of care and protection for homeowners, reveals that it entered a new issuing carrier relationship with Ally Financial Inc. (NYSE: ALLY) subsidiary, Motors Insurance Corp., which is reportedly a 50 State carrier.

During the past 6 years, Hippo has been focused on expanding its insurance products in order to reach homeowners in 37 states. The company has also extended its distribution partnerships to meet customers “when and where they want to buy.”

“The agreement, which will be the first issuing carrier relationship for Ally, enables Hippo to enhance its underwriting capabilities, deliver flexible rates and connects Hippo to a top-20 U.S. financial holding company with a common belief in transforming legacy industries in favor of the customer.”

“Our innovative and proactive approach aligns perfectly with Ally’s customer-centric mission to serve the needs of the customer and help protect people’s financial future, which includes their most valuable financial asset: the home. We’re thrilled to be working with such a prestigious financial institution and are excited to have their support as we build the home insurance company of the future.”

Hippo’s “capital-light” business model and transformational focus “matches Ally’s desire to work with a highly diversified book of business such as Hippo’s, which takes a proactive approach to home care and maintenance to protect the joy of homeownership on behalf of its customers.”

“With its portfolio of home care services and products, Hippo has established a new standard for home protection and care through advanced underwriting, smart devices, and preventive maintenance, which in turn helps homeowners foresee potential issues before they turn into costly problems.”

This relationship aims to complement as well as diversify the expansion of Ally’s insurance business, according to Mark Manzo, President of insurance, Ally Financial.

Mark also mentioned that Hippo’s innovative model and “proactive” approach to assisting their clients with protecting their important investment is consistent with their commitment to be a “relentless ally for all things financial.”

Mark added that they’re looking forward to building on the investment from their strategic investment division, Ally Ventures, and support Hippo’s national growth.

“The agreement with Ally expands Hippo’s book of business across multiple partners and substantiates the MGA portion of Hippo’s business separate from its carrier business through Spinnaker, maintaining a capital light model with sophisticated underwriting guidelines and pricing models. The new relationship will initially launch in 10 states and then roll out nationally.”