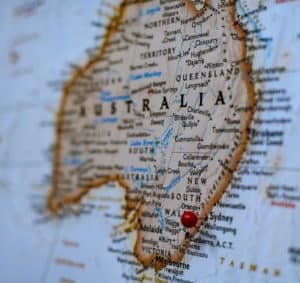 S&P Global Ratings has reportedly given Judo Bank a BBB- rating, which is a move that may have surprised one of Australia’s first banking challengers for SMBs, especially due to the “relatively short life cycle,” according to an update from The Future of Banking.

In issuing its latest rating on Thursday (September 16, 2021), the S&P commented on its methodology, while emphasizing that Judo Bank is currently “well capitalized,” which should enable steady growth even though it has recorded “limited profitability to date.”

Chris Bayliss, Deputy CEO and CFO at Judo Bank, stated that obtaining an investment-grade rating from S&P is an important achievement for a banking platform that had only been provided its authorized deposit-taking institution (ADI) permit less than 3 years back.

Bayliss added that “receiving the BBB- issuer credit rating from S&P is another notch in Judo’s belt and a major achievement for any bank, let alone one that has held a banking licence for less than three years.”

Even though it may have been unexpected, the rating is said to offer additional impetus for business expansion of Judo Bank’s fast-growing $2.8 billion deposits portfolio, “with the rating facilitating access to a wider investor audience.”

As covered in April 2021, Judo Bank had released an SME Banking Insights report for February 2021.

The extensive report noted that the Australian small to medium-sized enterprises (SME) segment remained the “largest battleground for revenue, profit and growth.” The report added that this particular segment is now “firmly on the radar of all banks, non-bank lenders, and financial service providers.”

The report released by the challenger bank also mentioned that to support these developments, the East & Partners have prepared a “customer-centric, demand side” research and insights program with assistance from Judo Bank. It aims to cover Australian SME firms and effective ways to work with them. The report adds that SMEs remain focused “on cash flow and working capital; this is what small businesses devote most of their resources upon and represents the single biggest business risk for them.”

Earlier this month, Judo Bank’s management had confirmed that it won’t be refusing or preventing various types of businesses from using its banking services. However, the bank clarified that it would be making its decisions on a case-by-case basis.

During the “Australia as a Technology and Financial Centre” senate inquiry, Judo Bank CEO Joseph Healy had been asked about the firm’s practices for providing certain banking services. One of the main issues being addressed by the Committee is ‘de-banking’, where Fintech firms and crypto-related businesses are not allowed to access certain financial services.

Healy noted that Judo Bank will be committed to following the “four C’s of banking”: character, capacity, capital and collateral. These factors would be taken into consideration when determining whether to offer banking services to a company operating in the crypto-assets sector.

Healy also noted that the banking challenger will be “looking at these business models, the same way that we look at any other business model.”

Healy added that even though Judo Bank does not have crypto-related businesses working with them, there’s still no legitimate reason why they won’t be providing them the services the require.