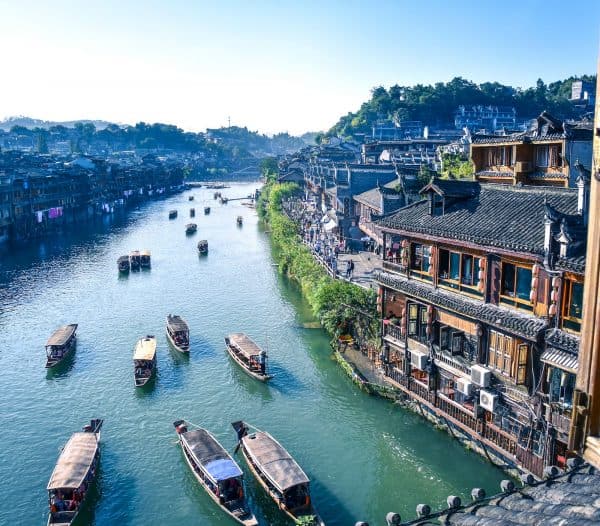 The cryptocurrency markets have been trading down after news of another crackdown on the industry from China. The People’s Bank of China (PBoC) has issued a statement that has reiterated that all cryptocurrency trading activities in the country are illegal, and regulatory authorities will be increasing their enforcement activities on companies/businesses and individuals engaging in these types of transactions.

As mentioned in a report from digital assets firm Grayscale, many people should recall that this isn’t the first time China has issued similar guidance “seeking to curb the rapidly growing crypto industry.” Some past actions include bans on initial coin offerings (ICOs), crypto mining, and BTC transactions, the report noted.

Although investors have started to expect a selloff after news of another Chinese crypto ban, the market has “historically recovered,” the report added.

As noted in Grayscale‘s report:

“For those solely focused on the headline today, these actions may seem like a validation of the argument critics have made that ‘governments will kill crypto’ if the market gets too big, which has been used by some as justification for avoiding exposure to the asset class.”

But the recent actions towards crypto may “tie into broader steps the Chinese government has been taking to regulate other parts of its economy: strengthening its control over the tech, education, and real estate sectors,” the report stated. It also mentioned that given China’s search for greater control across markets, this news is “likely not a systemic moment for crypto, and more akin to China’s crackdowns on other sectors making up investors’ portfolios.”

“Yet, due to these broader actions taken by regulators, investors have been turning sour on risk appetite for China, as seen by price movement in major indices like the Hang Seng and Shanghai Composite, which both peaked for the year back in early February. To curb slowdown risks, the PBoC has increased liquidity injections into the system through reverse repo agreements.”

“Historically, greater liquidity in Chinese markets has benefitted both Bitcoin and the larger crypto market. The Chinese government strictly regulates its currency market in an effort to avoid capital flight. This has left citizens and investors more exposed to devaluation and property right infringement risks. Crypto has served as a useful tool for those looking to protect themselves from harmful political and monetary policy conditions as well as government overreach.”

Along this line, part of the cryptocurrency ban may be related to the Chinese government’s plans to introduce a Central Bank Digital Currency (CBDC), which “many believe would increase their control over their citizens.” The report added that there are “many privacy, freedom, and human rights questions that emerge from CBDCs.”

The Grayscale team also noted that crypto provides “an attractive free alternative economic system for many people who are concerned about these issues.” They added that “historically, gold and cash have served as both a less controlled medium of exchange and store of value, but as money becomes increasingly digital, governments have tried to curb the use of digital assets as an alternative to fiat currencies and precious metals.”

The report also noted that India may be “the best example of how Bitcoin and crypto benefit when governments seek to tightly control their citizens’ free use of money: In 2016, the Indian government ‘demonetized’ large bank notes to cut down on the cash economy.” This event was “a key factor impacting the 2016-17 crypto bull market rally that saw Bitcoin go from under $1,000 to nearly $20,000,” the report added.

“China’s decision to re-invigorate its efforts to control and eliminate the use of cryptocurrencies in the country, as well as recent actions to regulate Chinese Fintech shadow banks like Ant Financial (now Ant Group) may signal that policymakers are strengthening their push to eliminate alternative forms of money before launching a CBDC. If this spurs a similar situation as what occurred in India in 2016, the result could create a massive boost in crypto demand from the world’s second largest economy.”

Binance, Huobi, and OKEx are three of the largest off-shore cryptocurrency trading platforms  with a solid presence in the Asian market. The native tokens of each of these crypto-asset exchanges are “down ~10-20% on the day, which may indicate the broader market sees potential for trading volumes to move elsewhere.”

The report added that decentralized finance (DeFi) may “emerge as one beneficiary of the transition by serving as an alternative for Chinese crypto investors should centralized players be forced out of China.”

The report further noted that regulators have “historically cited concerns around the proportion of crypto trading volume on non-U.S.-supervised exchanges.” It added that “if these large Asian exchanges do lose volume due to the ban, U.S. regulated venues may gain a larger share of global volume.”

“Past actions towards crypto by China have pushed parts of the economically important industry to other geographies, which have reaped benefits from an increased share of the industry’s value creation and employment opportunities. China’s ban on crypto mining from earlier this year offers a key example of this dynamic: the ban led miners to migrate out of China, increasing U.S. share of crypto mining with pools like Foundry U.S. moving up the charts.”

This has “benefited the U.S. crypto industry by creating jobs for American workers, and giving the country even greater influence over the direction of digital markets,” the report noted.

“Today’s actions by China have the potential to further prove the benefits of crypto as a decentralized, immutable tool, providing users with the freedom to protect themselves from potentially harmful governmental policies. In the long run, geographically extending governance over this technology will help distribute many of the already-emerging benefits, democratizing access to financial systems.”