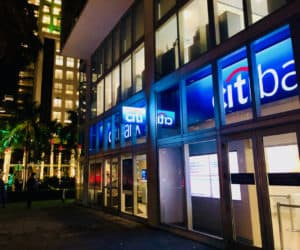 Citi (NYSE:C) has introduced a dedicated technology hub in Bahrain in order to develop its digital-first platforms.

Citi’s management confirmed on September 27, 2021 (Monday) that they are establishing an international tech hub at their Bahrain offices. According to a report from Reuters, the tech center will be the “first of its kind” in the Middle East region. It will aim to hire 1,000 application developers within the next 10 years.

The technology hub, which will be based at Citi’s Bahrain location, was launched with assistance from Tamkeen, a government-supported labor fund, as well as Bahrain’s Economic Development Board (EDB), which has also made an investment in the initiative, a Citi spokesperson confirmed.

Under this new plan, Citi will be recruiting around 100 professionals who are skilled at coding-related roles every year for the next 10 years.

At first, the new recruits will be working on the banking institution’s flagship platforms, including Citi Velocity and Citi FX Pulse, stated Ala’a Saeed, Citi FX’s international head of digital platforms and distribution.

“Selecting our two flagship systems to develop out of here in Bahrain is a huge endorsement of the talent and the calibre of people that we’ve found here,” Saaed noted.

Tamkeen will reportedly be subsidizing a certain portion of the workers’ earnings and will be taking care of the relevant training costs, confirmed Tamkeen CEO Hussain Mohammed Rajab, without sharing actual figures.

Bahrain, where Citi has been offering financial services for around 50 years, has been focused on developing its Fintech hub for the MENA region in order to build its reputation as a regional banking and business leader.

As reported by Reuters, Bahrain is a heavily indebted State, and doesn’t have as many oil or gas resources as other neighboring nations. The country is the recipient of a $10 billion bailout (back in 2018) from nearby countries in order to prevent a potentially serious credit crisis.