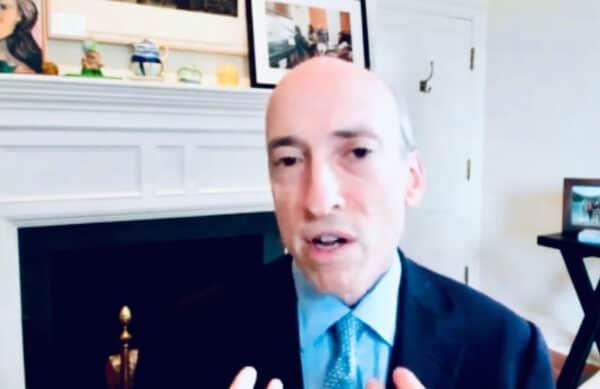 Yesterday, SEC Chairman Gary Gensler testified in front of the House Committee on Financial Services sharing his perspective on the goals of the SEC and why it needs more money to fulfill its mission. As anticipated, much of the testimony swirled around digital assets and the need for more regulation and greater investor protection provisions.

Asked if digital assets were to be considered securities, Gensler said each should be reviewed based on the “facts and circumstances” while encouraging issuers to come in and talk to them. He then went on to add that if you give an issuer money and then build something with these funds, and there is a hope to profit from this venture, this aligns with the concept of an investment and must adhere to existing securities law.

During the past administration under the leadership of Jay Clayton, the SEC publicly stated that Ethereum was sufficiently decentralized and thus not considered to be a security. When asked directly about whether Ethereum and Bitcoin were not securities, Gensler was hesitant to adhere to past guidance saying he did not “want to get into any one token.”  Gensler deferred to the statement:

“I think the securities laws are quite clear, if you are raising money from somebody else and the investing public believes … anticipates, or has a reasonable anticipation of profits based on the efforts of others, that fits within the securities law … “

He said that Bitcoin is a speculative asset and has a store of value. But Bitcoin is also utilized to try and arbitrage between regulatory regimes.

Regarding stablecoins, Gensler said that “even poker chips in a regulated environment is a good thing.”

He appeared to differ between stablecoins that simply hold cash or stablecoins that operate more like a mutual fund – these should be regulated as a security. Gensler said, “We already have digital money … it’s called digital bank deposits,” thus diminishing the service that stablecoins provide.

“What are they [stablecoins] giving you more?”

Gensler believes that stablecoins have been used to avoid anti-money laundering rules and tax collection when trading platforms were unable to get access to banks.

“I do think a lot of these stablecoins … grew up over the last 8 years inside of trading platforms, around the globe, to avert anti-money laundering laws and tax compliance,” said Gensler. He expressed his concern that stablecoins will undermine the banking system and clearly believes more oversight is necessary in this sector of digital assets.

Gensler received criticism for the Commission’s regulation by enforcement approach that has stymied the digital asset sector, an industry that desires bright-line rules. In the past, Gensler has appeared to encourage Congress to craft legislation for greater regulatory guidance for the SEC and CFTC but he seemed to back down from that prior position.

Gensler said the law was pretty clear and between the CFTC and SEC the two agencies have good authority.

“I do not think there is a need to set something new up,” stated Gensler. “If Congress would carve something out it could undermine 90 years of successful law.”

He added that they currently have “robust authority” over crypto exchanges where people are “trading securities.”

“What happens is we have a platform with a few commodities but mostly securities.”

Perhaps the next question will be how the SEC will handle all of these crypto exchanges operating like a securities trading platform but not regulated like the NASDAQ or NYSE. Gensler seems to believe they should all come in and register.

While the US will most likely not pursue a draconian path like China – banning it all, you can expect more enforcement actions targeting digital asset service providers – if they engage with US investors.

The entire hearing may be viewed below.