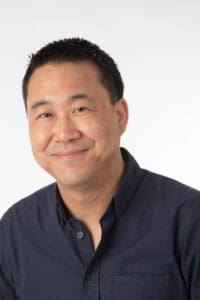 Antler, a global venture capital firm founded in Singapore but with offices around the world, has appointed Bernie Li as Partner in its Toronto office.

Antler shares that prior to joining the firm, Li co-founded Pure Energies, a marketplace that delivered solar solutions to customers across North America from its bases in Toronto. Pure Energies is said to be one of the first residential solar companies that leveraged the internet for customer acquisition, product design, and contract fulfillment.

Earlier in his career, Li was an investor at iNovia Capital, a Canadian venture fund.

“We are thrilled to have Bernie join us as Partner at Antler Canada,” said  Magnus Grimeland, Antler Founder and CEO. “His experience as both an entrepreneur and investor will be of huge support to our portfolio companies, as he has real experience of building companies to achieve scale fast”

Li said he is thrilled to launch the Antler platform in Canada.

“Antler has proven its model for helping ambitious founders during the exciting – yet often nervous – times of startup creation. By leveraging Antler’s network of partners, founders and investors spanning 14 regions and over 350 portfolio investments around the world, we want to support Canadian founders to have global ambitions!”