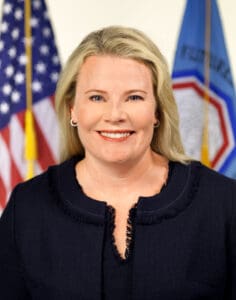 At the same time the CFTC announced its enforcement actions against Bitfinex and Tether, Commissioner Dawn D. Stump has issued a statement regarding the action by the regulator.

Commissioner Stump says she agrees with the action taken by the Commission while expressing her concern regarding enforcement actions pertaining to digital assets and the CFTC’s role in the area. To quote the Commissioner:

“While the definition of a “commodity” is relied upon in applying the anti-fraud provisions in CEA Section 6(c), we should seek to ensure the public understands that we do not regulate stablecoins and we do not have daily insight into the businesses of those who issue such.  But in pursuing and settling this matter, do we provide users of stablecoins with a false sense of comfort that we are overseeing those who issue and sell these coins such that they are protected from wrongdoing?”

“Do the actions of the CFTC in entering into this settlement with the Tether respondents create a false sense of security for those investing in stablecoins?  Are we leading the general public to believe that stablecoins are safe from fraud and manipulation because of the CFTC is the full-time ‘cop on the beat’? Will our actions lead to greater protections, or have we taken an opportunity to push the limits of our enforcement authority in order to claim a piece of the jurisdictional pie?”

The Commissioner also commented on the Bitfinex action stating it is “incumbent upon the Commission to explain in a transparent manner the relevant legal requirements for such an entity that seeks to register as an FCM and how the Commission will apply them in enabling the entity to conduct business with U.S. customers.”

Industry participants have been frustrated by the lack of bright-line rules when it comes to regulating the emerging digital asset sector. The recent change in the Administration and management of financial regulators has arrived along with greater scrutiny of crypto assets along with an expectation of more enforcement actions sometimes described as regulation by enforcement.