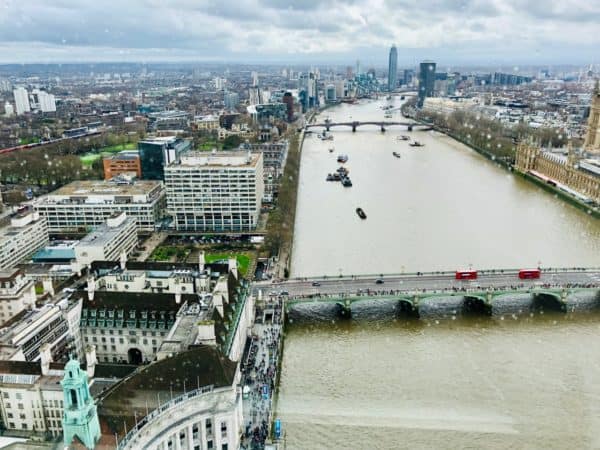 Over the years, technology has transformed the way we experience the world in ways that “few could have imagined,” the team at UK-based Fintech Modulr writes in a blog post.

They’ve noted that technological advancements have consistently offered us faster and more convenient ways of carrying out tasks.

The Modulr team pointed out that just as the “VHS gave way to DVD, and DVDs were surpassed by streaming, there’s a certain inevitability that our collective experiences will continue to evolve.”

Although the next “best thing may be hard to foresee,” one thing’s “for certain,” the Fintech firm noted while adding that clients may choose from the most “convenient” solution – “the path of least resistance as it were; that even goes for the technologically skeptical among us.”

Modulr also noted that consumers may “choose to do more with brands and business that make their lives easier, particularly where things like payments are concerned.” In a world of less cash and digital wallets, convenience and control “have become the latest currency,” the company claims.

Just a few decades ago, the idea of carrying out contactless, cashless purchases in an online and omnichannel world would have been “difficult to fathom,” the Modulr team acknowledges while pointing out that back then, our experiences were “rooted in a decidedly more physical reality.”

They added that it was “a world of VCR and the VHS, or Video Home System to our younger audience.”

Remember that “ground-breaking” home entertainment format? For 30 years the VHS “flourished in the mass market – that is until DVDs came along in 1997,” the company noted while adding that the humble VHS, with its pesky rewind feature, was “simply unable to survive, let alone compete in the very industry it invented when faced with the smaller, more accessible and infinitely more convenient Digital Video Disk.”

However, the DVD’s reign would be fairly short, because since 2008, DVD sales have “declined more than 86% thanks to the growing ubiquity of on-demand video services.” In 2016, streaming and download services managed to overtake physical formats such As DVDs “as the main way of consuming media in the home,” the Modulr team wrote in their blog post.

They added that subscription-based streaming services like Netflix which allow consumers to watch “a seemingly limitless range of TV shows and movies on internet-connected devices, provide the instant and convenient experience of the digitally-demanding’s dreams.”

Finally, movie-loving viewers could “access all the latest blockbusters, without actually having to go to Blockbuster, and the concept of the unreturned fine became just a dim and distant memory,” the company noted.

They also mentioned that “just as digital has transformed the way we consume media, it has also revolutionized the way we transact.”

“The original cashless payment, Cheques were, for many years, the customary way to pay. But nearly four centuries after they first appeared, the idea of taking a piece of paper to the bank and waiting for it to clear is simply unimaginable in today’s Instant Economy. The demise of cheques also brought the demise of the cheque guarantee card; rendering obsolete the days of having to ask someone to write their card number on the back of a cheque by way of a guarantee.”

Debit cards were introduced in the United Kingdom back in 1987. In 2006, Chip and PIN tech replaced the magnetic swipe method “as a quicker and more convenient way to complete a card transaction.” Merchants no longer had to “physically swipe a card through a machine, ask the customer to sign the receipt and compare the signature against the one on the back of the card to make sure they matched,” the Modulr team noted.

They also mentioned that for some time, Chip and PIN was to card payments “what DVD was to home entertainment. But there would soon be a new contender on the payments block.” Enter contactless – “the Netflix of the payments world – offering consumers the ultimate convenience of simply tapping and going,” the Fintech firm added.

They also noted that tapping to pay via a contactless card, payment-enabled mobile or wearable device at a contactless-enabled checkout terminal “would have seemed like the stuff of a technological fantasist’s dreams just a few years ago but contactless now accounts for more than a quarter of all UK payments.”

As we all move toward an all-digital reality, more and more customer experiences will be “delivered through online channels,” the Modulr team predicts while noting that in this context, digital payments become of “critical importance – central as they are to the user experience.”

They also noted that we would go “so far as to say that they are the next customer experience battleground and, as recent research shows, they can make or break a relationship with a brand.”

“Payments are the ‘last hurdle’ in the online customer experience with problems here causing much frustration, with 65% of those surveyed agreeing that digital payment problems create unnecessary stress for customers.”

“While evolution in the customer journey is inevitable, the future is now, and it’s digital. Your customers are already digitally demanding – they been Netflix’d, Amazon Primed and Uber’d and have all come to accept ultra-seamless, on-demand, real-time experiences as the norm. They live in an era of consumption-on-the-go and they’ve already tasted the good stuff.”

Brands are unable to afford to ignore the processes that “make or break” the customer experience – the payments – especially when the rewards for “optimizing them are substantial.” They also noted that 77% said they are “more likely to trust a brand that invests in modern, customer-friendly payments processes.” And 53% noted that “a trusted payments experience would encourage them to use the online service provider again and reward them with their loyalty.”

To learn more about this update from Modulr, check here.