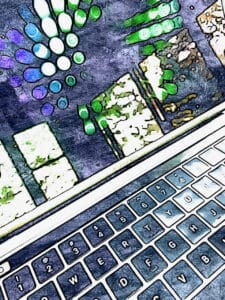 Multiverse Computing created its main product Singularity® for firms operating in the financial industry and looking for a competitive advantage by leveraging quantum computing solutions. The product has been designed to support financial professionals to run super-efficient quantum algorithms on quantum computers from a simple spreadsheet to handle complex problems, like portfolio optimization and fraud detection, without having in-depth knowledge of how quantum computers work.

The proceeds will be directed towards consolidating and supporting the firm’s growth and globalization strategy. The capital will also be used to help the company with advancing its technology and marketing. This, according to Enrique Lizaso, Co-founder and CEO at Multiverse Computing.

“We are a unique company in the quantum computing field. While other firms are focused on improving the fundamental hardware and software components of quantum computers, we are keenly focused on leveraging the most advanced quantum devices available now to deliver near-term value for the financial sector.”

“We believe Multiverse Computing will be a global leader in the quantum computing industry. We expect to have annual revenue close to €100 million by 2027 with a staff of 100 people.”

Multiverse Computing was established back in March 2019 with the assistance of the Basque Government-Spri and the Provincial Council of Guipuzkoa through the Txekintek / Ekintzaile program.

The company has received local support from startup accelerators and various technology centers like the Donostia International Physics Centre (DIPC). Multiverse Computing has also been supported by global institutions since its launch, including Toronto’s Creative Destruction Lab (CDL).

In addition to its focus on the financial services sector, the proceeds from the round will be channeled towards supporting the firm’s entry into new markets including energy, mobility, and smart manufacturing where Multiverse Computing is currently working with reference customers.

The firm also plans to increase support for its international expansion efforts which reportedly includes an operational office based in Toronto and other business locations in Paris and Munich.

Román Orús, Co-founder of the company and Chief Scientific Officer, noted that one of the primary factors in the success of a knowledge-based firm such as Multiverse is its ability to recruit qualified professionals from across the globe.

“At the moment, we have a team of 30 people of 10 different nationalities, many with Ph.D. degrees. The company’s staff speaks 15 different languages.”

By the end of 2021, the firm is expecting to have around 24 quantum algorithm international patents. Multiverse Computing is also expecting its patent portfolio to grow to more than 150 in the the next few years.

“Thanks to our revolutionary product Singularity, users can open a simple spreadsheet and directly use the quantum algorithms that are needed. The algorithms are executed on a quantum computer to solve problems that were out of reach until now, all without requiring programming or quantum computing experience.”