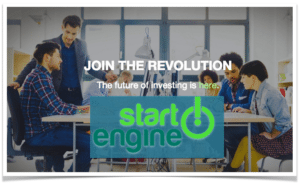 StartEngine, an investment crowdfunding platform, has distributed an email touting its industry-leading  Reg CF offerings that topped $60 million during Q3.

Since the start of 2021, StartEngine reports it has raised $184 million through Q3 surpassing both Wefunder and Republic at $123 million and $130 million respectively.

For all of 2020, StartEngine notes that it raised $147 million and thus has already surpassed that amount by over 25% with another quarter remaining.

In March of 2021, the Securities and Exchange Commission raised the Reg CF funding cap to $5 million from $1.07 million thus raising interest in the securities exemption.

StartEngine states that 92 companies launched a raise on StartEngine in Q3, a 58% increase compared to the previous quarter. 409 new deals launched during the quarter.

In total, over $400 million has been raised on StartEngine across both Reg CF and Reg A+ (a securities exemption where you can raise up to $75 million).

StartEngine is in the midst of a self-crowdfunding round that hopes to raise up to $55 million. To date, investors have committed over $12 million to the equity offering.