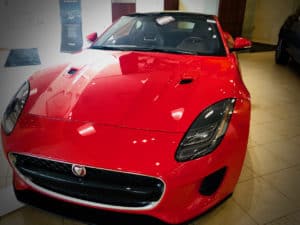 DigniFi, a Fintech platform for the automotive sector, recently confirmed that Neeraj Mehta has been named CEO, replacing Richard Counihan whose guidance and expertise were “instrumental in significantly growing the company during his five-year tenure by expanding to 32 states, launching a revolving line of credit program with WebBank called DigniFi ExpressWay, and cementing a partnership with industry giant AutoNation,” according to a release.

Richard Counihan will reportedly support Neeraj Mehta and continue working at DigniFi by “taking a seat on its board of directors,” the announcement revealed.

Mehta, who assisted with leading the spinoff of Synchrony from GE Capital, joins DigniFi with an established track record in consumer Fintech, payment services, and non-profit leadership. He will “build upon DigniFi’s mission of delivering access to financing for consumers in need and revenue growth to small businesses,” the update noted.

“Neeraj has significant domain expertise in the industries that fuel DigniFi’s mission and strategy. Under his leadership, DigniFi has the potential to become a multifaceted fintech platform that aligns the interests of consumers, businesses, and lenders. We have tremendous respect for Neeraj’s accomplishments and value the experience he brings to DigniFi.”

A results-focused CEO with extensive financial services experience, Mehta is well-known for his work at GE Capital and Synchrony. After working as CEO of GE Bank Loans (2007-2012) and Commercial Distribution Finance (2012-2015), Mehta “joined the executive team that separated Synchrony from GE Capital with a $20B IPO in 2015,” the update noted.

As EVP of Corporate Strategy and Development for Synchrony, Mehta “launched key digital products and point-of-sale initiatives and completed two acquisitions, plus 10 venture investments, to drive growth.” Later, as CEO of Payment Solutions and Chief Commercial Officer (2018-2021), he was “responsible for an approximately $20B consumer finance portfolio that represented close to $500M in net income,” the announcement added.

As stated in the release, Mehta comes to DigniFi from United Way, where he “served as Interim President and CEO, focused on strengthening the culture and digitizing its service model to drive community impact.”

Neeraj has had a long association with United Way, “serving as a volunteer, donor, and corporate campaign chair while also serving on the Metropolitan Chicago Board of Directors, the Worldwide Board of Trustees, and the USA Board of Trustees,” the update noted.

Mehta earned his Master’s degree in Finance and Banking at Syracuse University and a Bachelor’s in Social Sciences at the University of California, Irvine. In addition to serving on several for-profit startup boards, Mehta is “a member of the Advisory Board at Teach for America and a partner of the Acumen Fund, a global nonprofit that supports third-world entrepreneurs,” the announcement noted.

“DigniFi’s investors, executives, and partners are dedicated to the critical combination of taking care of our customers and driving growth. I was enthralled by this opportunity to join a thoughtful team that reflects the diversity of the communities it serves. DigniFi is meeting a deep need among underserved consumers and small businesses that are often overlooked. DigniFi has the technology, talent, and vision to ethically provide access to funding for consumers’ critical purchases. Leading a mission-driven company in the fintech and automotive industries aligns with my values, experience, and skillset.”