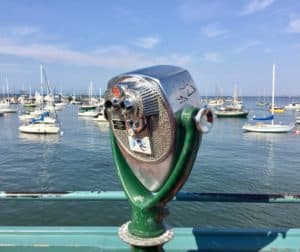 Lucidum, Inc., the IT asset discovery platform, has announced that it acquired $15 million in Series A funding.

The investment round has been led by Point72 Ventures and included contributions from GGV Capital, Silicon Valley CISO Investments, and several angel investors.

As mentioned in the announcement, Lucidum develops software applications that enable enterprises to “eliminate blind spots across cloud, security, and IT operations using machine learning to discover, triangulate, and identify all assets.”

“Our business has really ramped up this year as increasingly more organizations realize the necessity of cyber asset attack surface management (CAASM) as an integral part of their tech stack, eliminating the need for outside agents and scanners. The security market has always been littered with asset management attempts, but none have solved the problem completely for large enterprises.”

“As the [number] of devices, users, and data continues to grow, enterprises are facing an increasingly complex cybersecurity landscape, requiring a more sophisticated and accurate foundation of asset knowledge so they can better understand their attack surface and stay secure. Lucidum has created an advanced solution that gives customers a real-time view of their assets by automatically detecting and managing data across security and IT operations. We are grateful to partner with the Lucidum team and thrilled to see how they continue to grow in the coming year.”

Since completing its first outside funding round last year, the firm has developed what it considers to the premier solution for key challenges that IT and security departments face.

Common use-cases Lucidum solves for its clients include “identifying unknown assets that access confidential information that is open to the public, finding unmanaged assets that are vulnerable, saving IT costs by identifying and stopping idle instances in the Cloud, identifying how confidential data has been accessed, by whom, and whether it’s been exfiltrated from the system.”

The firm has reportedly made investments in key areas of its business by “expanding its sales and marketing leadership with the addition of a VP of Sales and Head of Marketing.” The announcement further noted that this latest round of funding will “fuel Lucidum’s business expansion plans including enterprise sales, business development, and marketing to extend its leadership position.”

“Customers receive colossal value from asset discovery, which is demonstrated in Lucidum’s strong momentum. We look forward to continuing to be a part of the company’s rapid growth.”

The Lucidum platform employs patent-pending machine learning “against a massive volume of pre-existing data to triangulate and provide context about known and unknown IT assets such as computers, mobile devices, cloud environments, IoT devices, microservices, and more.”

Via a growing list of integrations, including the most widely-used tools and platforms already in use by enterprise IT organizations, and an open API, the Lucidum platform “feeds IT operations, security, cloud, compliance, finance, and other core disciplines with critical information about the assets it identifies.”