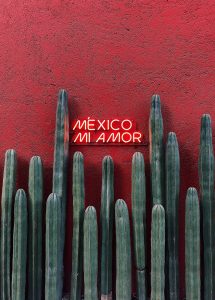 Credit card-led Fintech firm Stori announced that it has closed one of the largest Series C equity financing rounds in Latin America.

As mentioned in the announcement, Stori’s investment round is supported by a debt raise that will be channeled towards Stori’s fast-growing credit card portfolio.

The update also noted that the $125M over-subscribed Series C round has been co-led by global VC GGV Capital and growth-stage investor GIC. They’ve been joined with considerable investments from consumer tech-focused funds General Catalyst and Goodwater Capital.

In the 8 months since its Series B in February 2021, Stori has reportedly “become a top issuer of new credit cards in Mexico.” Over 2 million Mexicans have “applied for a Stori credit card, and that number has grown by more than 10 times in the last twelve months,” the update revealed.

Over the next year, Stori is focused on “investing the $200M raised in Mexico to triple in size and broaden its suite of products in order to address customers’ needs and fulfill its mission of democratizing financial access for millions of underserved consumers in the region.”

The key to the firm’s success since launching “continues to be the strength of its global team, with offices in Washington DC, Mexico and Asia, and their commitment to tackling the financial inclusion challenge,” the announcement revealed.

“Our success since launch is a direct result of having a team who is passionate about our mission to empower upward financial mobility for the underserved population. We are incredibly grateful for their hard work and dedication.”

Stori intends to further expand its team, “doubling down on training and development opportunities, while building a sustainable infrastructure across all teams that fosters diverse thinking and an inclusive culture.”

For those who are “passionate about the intersection of technology and financial inclusion, Stori is offering … opportunities to create social impact and to grow professionally,” the announcement noted.

Mexico and Latin America are “among the largest fintech opportunities with over 400 million underserved consumers.”

“Our mission – empowering financial inclusion for millions of hard-working people – is amazingly meaningful and challenging at the same time. We are progressing at an unprecedented pace by combining technology, machine learning, data-driven underwriting and an intuitive mobile-based user experience. A lot more will come in our journey to become a top consumer financial franchise in Latin America”