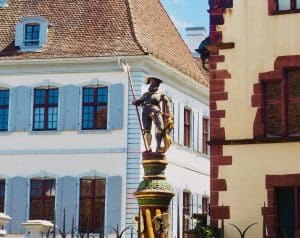 On November 16, 2021, the Basel Committee on Banking Supervision issued a public consultation on principles for the effective management and supervision of climate-related financial risks. This “follows the publication of a series of analytical reports earlier this year,” the update confirmed.

As noted in the announcement, the Committee is taking a “holistic approach to addressing climate-related financial risks to the global banking system.” This reportedly includes “the assessment and consideration of disclosure, supervisory and regulatory measures.”

“Through this public consultation, the Committee seeks to promote a principles-based approach to improving both banks’ risk management and supervisors’ practices related to climate-related financial risks. The principles seek to achieve a balance in providing a common baseline for internationally active banks and supervisors, while retaining sufficient flexibility given the evolving practices in this area.”

The announcement also pointed out that the Committee aims to monitor implementation across member jurisdictions to “promote a common understanding of expectations, support the development of harmonized practices and facilitate implementation of the principles as soon as possible.”

As stated in the update, the Committee “welcomes comments on the principles, which should be submitted here by 16 February 2022.” All submissions will be “published on the BIS website unless a respondent specifically requests confidential treatment,” the announcement noted.

As covered, the Basel Committee on Banking Supervision is a Committee of banking supervisory authorities that was launched by the central bank governors of the Group of Ten countries in 1974. Since that time, the committee has expanded its membership in 2009 and then again in 2014.

The Committee now serves as the main international standard setter for the prudential regulation of banking institutions and offers a forum for regular cooperation on banking supervisory issues. Its 45 members comprise reserve banks and bank supervisors from 28 jurisdictions.

The Committee is responsible for framing appropriate guidelines and standards in different areas – such as the Core Principles for Effective Banking Supervision and the Concordat on cross-border banking supervision.