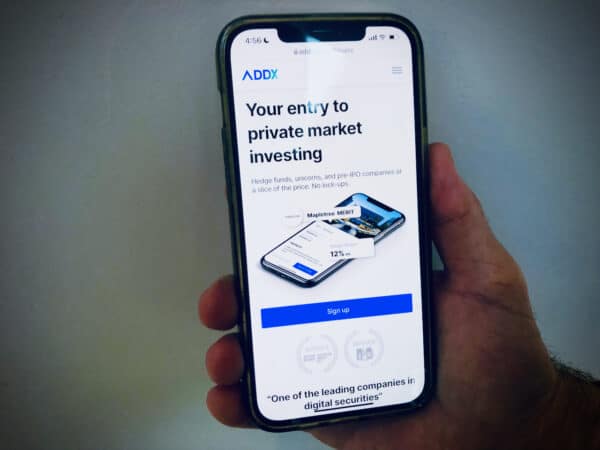 ADDX (formerly doing business as iSTOX) has tokenized a credit fund by Temasek-owned SeaTown. According to the company the deal reduces the fund’s minimum investment size from US$5 million to US$20,000, enabling fractional access to a private credit fund with more than USD $1 billion in committed capital.

ADDX states that by creating a digital security leveraging blockchain technology the fund will be able to diversify its investor base in a sector that has traditionally depended on institutional capital. Smart contracts are utilized to automate previous manual processes including custody, tracking ownership, distributions and trading. This is the first private credit fund to be tokenized on the ADDX marketplace.

The SeaTown Private Credit Feeder Fund LP is raising capital from external limited partners (LPs) for the first time. The close-ended, four-year fund is focused on extending private credit to companies in the Asia-Pacific region.  To date, the SeaTown fund reports that it has deployed more than USD $500 million in investments. According to the release, over half of the fund’s portfolio of deployed investments is in secured loans or bonds, while the remainder is in second-lien loans and preferred shares. The offering on ADDX was completed last month, with individual accredited investors subscribing to USD $7 million in tokens. The tokens are now listed for secondary trading on the ADDX exchange.

Fund manager SeaTown is a wholly-owned subsidiary of Seviora Holdings, and is indirectly owned by Temasek Holdings. SeaTown has been investing in private credit since 2012, with USD $2.1 billion of investments to date. In all, SeaTown manages five funds with USD $6 billion in total AUM as of 30 June 2021.

Oi Yee Choo, Chief Commercial Officer of ADDX, said SeaTown is a distinguished name in the world of private capital.

“SeaTown’s link to the Temasek group of portfolio companies and its extensive deal sourcing network across the Asia-Pacific region enable the fund manager to be more selective in executing deals with a good risk-return profile.”

She added that following the financial crisis of 2008 the growth of private credit funds accelerated as traditional lenders, like banks, backed away from providing credit.  She believes that the private credit fund space is maturing and giving individual investors access to this asset class aligns with ADDX’s mission of democratizing private markets:

“It is not feasible for an investor with a net worth between US$2 million and US$20 million to enter a private credit fund with a minimum ticket size of US$5 million. But at a US$20,000 minimum, that same investor is able to take part in this previously-inaccessible asset and benefit from the enhanced portfolio diversification.”

ADDX was founded in 2017 as a full-service capital markets platform with Monetary Authority of Singapore (MAS) licenses for the issuance, custody, and secondary trading of digital securities.

ADDX has raised USD $50 million in its Series A round in January 2021. Its shareholders include Singapore Exchange (SGX), Temasek subsidiary Heliconia Capital and Japanese investors JIC Venture Growth Investments (JIC-VGI) and the Development Bank of Japan (DBJ). ADDX states that individual accredited investors using its platform today come from 27 countries, spanning Asia Pacific, Europe, and the Americas (but not the US).