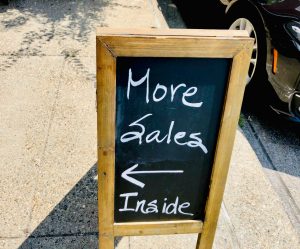 The announcement shared below was reportedly provided to AS Mintos Marketplace (Mintos) by Eleving Group, a cooperation partner of Mintos that provides various investment opportunities via Mntos.com.

Following Eleving Group’s strategy to consolidate investments in its “best-performing markets, a decision has been made to exit from the Bulgaria market,” the update noted.

Mogo Bulgaria has been “sold to a local conglomerate, Eurolease Group, one of the largest Bulgarian public companies, with operations in the industries of insurance, utilities, auto sales, financial and operating leasing.”

The announcement also mentioned that the transaction has been “reviewed and approved by the Competition on Protection Commission of the Republic of Bulgaria and the sale was finalized on 1st December 2021.”

What does this mean for investors on Mintos?

Mogo Bulgaria’s entity will “not be continuing listing new loans, and the existing exposure will amortize according to the current schedules,” the update clarified. Eurolease Group has “provided its group’s guarantee that will replace the current Eleving Group guarantee, ensuring a corresponding level of security for investors on Mintos,” the announcement added.

Meanwhile, Eleving Group will continue to “increase the supply of its loans on Mintos, offering investment opportunities across multiple other countries and regions,” the update revealed.

As mentioned in the announcement, Eurolease Group unites firms providing financial and operating car lease, sales of used cars and rent a car services “under the brands Avis and Budget. Eurolease Group operates in Bulgaria and North Macedonia.”

The update further noted that the transaction is part of Eurolease Group’s strategy to “combine the traditional lease business with innovative fintech services and to make financial lease available to the consumer segment with no access to loans from banks.”

As of Q3 2021, Eurolease Group’s total assets “amount to €58.4 million, with the financial lease portfolio of the subsidiaries accounting for €38.3 million.” The update also noted that Eurolease Group’s equity “amounts to €9.9 million.” The firm finances its activities via loans from banking institutions and bond issues “traded on the Bulgarian Stock Exchange.”

As noted in the update, Mogo Bulgaria is a firm providing financial leases for used cars. The company has “a lease portfolio of €6 million (as of the end of Q3 2021), servicing more than 2 500 active clients through its branch network in 14 cities across the country.”

Throughout the operational period, Mogo Bulgaria has “shown good portfolio quality with lowest default rates among Eleving markets in the region.” Up until now, Mogo Bulgaria was “owned by Eleving Group (former Mogo Finance),” the update confirmed.

Some of the “equity investors of Eleving Group and Mintos overlap,” the announcement noted.