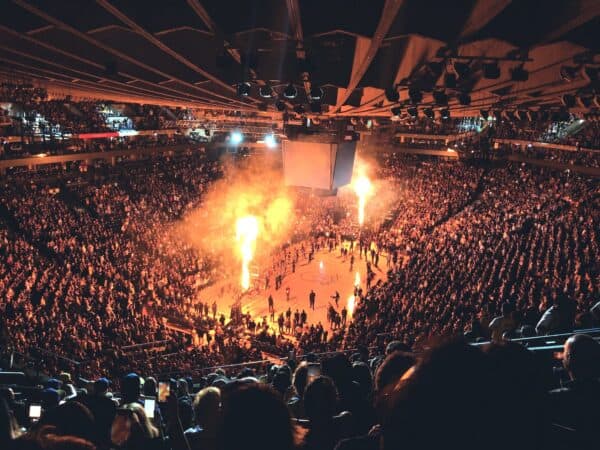 The NBA’s Golden State Warriors and FTX US have announced a new and “first-of-its-kind” cryptocurrency partnership in professional sports.

As the Warriors’ Official Cryptocurrency Platform and NFT Marketplace, the franchise will “drop NFTs on FTX.us, beginning in early 2022.”

As mentioned in an update shared with CI, the partnership between the Warriors and FTX marks “the first international rights partner for the Warriors, meaning the team and FTX will have a visible market presence, inclusive of logo and likeness, internationally.”

“Cryptocurrency has a well-established worldwide community and is going to continue to be a major part of the sports, media and entertainment industries. In our conversations with FTX, we quickly realized our joint desire to innovate around cryptocurrency integration and adoption, including the role NFTs play in global fan engagement.”

The Warriors were notably the first team in sports to “execute an NFT drop earlier this year with the team’s Legacy NFT Drop, a collection that included various editions of the team’s six NBA Championship rings and 10 commemorative ticket stubs.”

To commemorate the partnership, the Warriors and FTX will “gift 3 Bitcoin—one per non-profit— to three Bay Area organizations that address educational equity.”

The announcement also mentioned that the three recipients are “Self-eSTEM, Mission Bit and Techbridge Girls.”

As noted in the update, Self-eSTEM “builds the self-esteem of girls and young women from untapped communities, while providing interactive, culturally responsive STEM literacy, leadership, and technical training to leverage STEM as a foundation for social and economic growth.”

“Through our partnership with Stephen Curry, we were introduced to the Warriors organization, and we are excited to partner with a franchise that aligns with our core values. The FTX US NFT Platform will provide a leading, safe and secure venue for the Warriors international fan base to access exclusive collectibles from the franchise. Alongside the NFT drops, working with the Warriors will increase our ability to create a positive change, not only domestically but internationally, with one of the most prestigious professional sport franchises in the world.”

The partnership with FTX extends beyond the Golden State Warriors; FTX will have logo placement “on the basket pole pads and press table for the Santa Cruz Warriors, the team’s G League affiliate,” the update revealed.

For the Warriors’ esports brands, FTX will have their logo “virtually placed on the Warriors Gaming Squad court during NBA 2K League games, and will be integrated into various elements during Golden Guardians live streams, including League of Legends Championship Series (LCS), Super Smash Bros. Melee and World of Warcraft.”