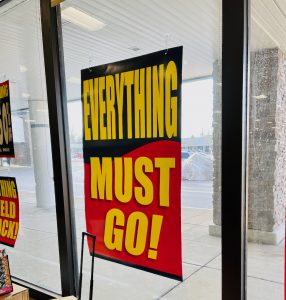 ThinkSmart Limited (AIM: TSL), a specialist virtual payments platform business, has announced that it has agreed terms with Afterpay for ThinkSmart’s subsidiary, ThinkSmart Europe, in order to sell its 10% holding in Clearpay in exchange for 1,650,000 shares in Afterpay.

As noted in the announcement, this transaction is currently subject to the approval of ThinkSmart shareholders.

The Board thinks that this exchange of ThinkSmart’s interest in Clearpay for the Consideration Shares represents a solid outcome for ThinkSmart shareholders and eliminates the uncertainty of the independent valuation process which may take place at any time, at the election of Afterpay, after the change of control of Afterpay resulting from the suggested takeover by Block (previously doing business as Square, Inc) which is scheduled to take place during Q1 2022.

In agreeing and committing to these terms and conditions, the Board is examining the existing market volatility and is prioritizing the volume and the ratio of shares in the exchange. The final ratio of shares agreed is reportedly equivalent to that “prevailing at the point of the announcement of the Block takeover of Afterpay.”

This is generally in line with ThinkSmart’s closing market cap on December 17, 2021 of £86.3 million.

Block share price on December 17 had reportedly closed 30% below its average since August 2, 2021. However, despite this reduction in the value of Block shares, the Directors think there is considerable potential for future value accretion

“We believe this outcome provides our shareholders with an opportunity to continue the exciting Afterpay journey now directly with Block and we as a Board see continued long term value accretion with this outcome.”

The Disposal will reportedly be put to a vote of ThinkSmart shareholders at a meeting to be held on January 14, 2022 and is being unanimously supported by the Board.

The Directors confirmed that they consider the Disposal to be in the best interests of the Company and ThinkSmart shareholders as a whole and “unanimously” recommend that shareholders vote in favor of the Disposal, as they plan to do in respect of their beneficial holdings amounting to, in total, 44,022,458 Ordinary Shares representing around 41.30% of the Company’s issued share capital.

The Disposal is currently conditional upon ThinkSmart shareholder approval being obtained at the General Meeting which  should take place virtually via video conference at 4.30pm (AWST) and 8.30am (GMT) on Friday January 14, 2022.