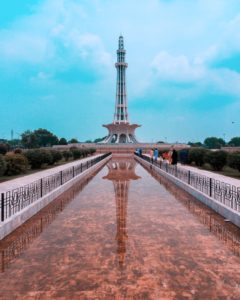 Eli Mydlarz, Head of Engineering at Pakistani Fintech SadaPay, has noted that his firm likes to get feedback as fast and early as possible, so they can’t depend on end-to-end testing while creating financial software applications.

Eli wrote in a blog post, earlier this month, that one of their approaches is to make creating non-working integrations nearly impossible at build time, so that they don’t have to “validate correctness” as thoroughly at runtime.

Eli added that you may imagine being able to tell right from your integrated development environment or IDE whether your integration “is correct, before you even run your tests.”

Eli further noted that to do this, they use code generation from shared API specs. He further explained that they write OpenAPI 3 YAML files to document the “intended behavior” of their APIs. Then, they use OpenAPI code generation tools and GitHub Actions workflows to “automatically generate the clients (used by the SadaPay App to call our APIs) and the controllers (used by our back-end to implement our APIs).”

He added that for API consumers, “producing an incorrectly formatted request or hitting the wrong URL becomes almost impossible.” For API providers, it is “impossible to accept anything other than a correctly formatted request,” Eli noted while pointing out that the “chance of integration failure is radically reduced, while also minimizing the need for defensive programming on both sides.”

“We’re getting a lot of value out of this approach, but we can see it is not the only solution. We could use contract tests to delay decision making and be more consumer-driven, but this would delay feedback compared to our current approach. A combined approach would be interesting – publishing a contract based on contract tests run by the API consumer and using them to generate controllers for the API provider.”

As covered, the team at SadaPay has explained how to use their virtual debit card to conduct seamless digital transactions.

As reported, SadaPay has shared how they creatively designed payment cards (and also appointed a new head of legal department).

In March 2021, SadaPay acquired $7.2 million via its seed funding round.

In December 2020, SadaPay reported being approved by the State Bank of Pakistan to launch its pilot operations.