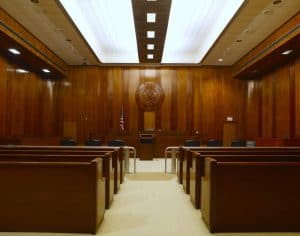 Luxury brand Hermès has reportedly decided to sue an artist for selling non-fungible tokens (NFTs) of Birkin bags. The lawsuit has been filed after the artist earned $42,000 for a virtual rendering of the high-fashion accessory in December of last year.

The luxury designer said that Rothschild is a “digital speculator” who is just trying to “get rich quick,” alleging that his “infringement” is intentional and “egregious.”

However, Rothschild argued that his work should be protected under the First Amendment. He went on to draw comparisons between his NFTs to those of Andy Warhol’s paintings of Campbell’s Soup cans.

As first reported by the Daily Mail, Rothschild also shared pictures of his imaginary Birkin art via Instagram (since November of last year).

The works reportedly depict virtual renderings of Birkin bags that don’t actually exist in the real (or physical) world. Although each one takes the shape of Hermès’ purse, none of them actually have designs that really exist.

One “MetaBirkin” from December 2021 has been done in green fuzz with a Santa hat to resemble the Grinch.

Meanwhile, there are others that feature fur in multicolor patterns. He has also designed one that seems to be covered in goo. There’s also one that looks like it has bananas taped onto it.