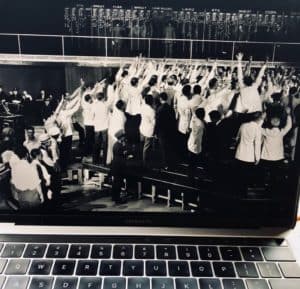 The new ETPs utilize CoinShares’ platform to provide exposure to proof-of-stake protocols and the rewards for participating in their security.

Townsend Lansing, Head of Product at CoinShares, said that Proof-of-stake protocols require investors to use their holdings to validate the network and its transactions.

“The validator also earns the protocol’s digital currency, which means investors can contribute their assets to create large pools that share in those rewards. We are proud to launch the first physically-backed crypto ETPs with a unique mechanism that enables us to share staking rewards with investors in a transparent way.”

CoinShares’ Staked ETPs are said to enable the issuer to share staking rewards with investors by reducing the management fee and increasing the “Coin Entitlement” of the ETP each day, as staking awards accrue. Staking rewards of 3.0% p.a. and 5.0% p.a. are generated for the Tezos and Polkadot vehicles, respectively.

Jean-Marie Mognetti, CoinShares CEO, said one more time, they are back with a unique offering, “breaking the established principles of this industry by leveraging CoinShares’ technology stack and expertise.”

CoinShares reports over US $4 billion in AUM.