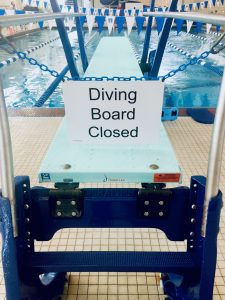 CurveGlobal Markets is closing its digital or online platform for the last time on Friday, January 28, 2022 – after more than 5 years of operations.

As a reminder to those few position holders – your positions will all be cash-settled post close on Friday evening, the team at CurveGlobal Markets confirmed in an update.

CurveGlobal Markets claims that they’ve had some notable highlights, reaching just under 10% of market share (OI) and more than a third of volume at peaks. However, they admitted that these efforts were never really enough to build up critical mass.

Although CurveGlobal Markets was unsuccessful in breaking the existing market structure, Andy Ross, CEO at the company, noted that he’s written a lot on his learning from this process which might be worth sharing.

He added that innovating against a backdrop of major changes in regulations (MIFID/BREXIT) is quite challenging unless they offer strong tailwinds.
He also mentioned that we need to be conscious or aware of other new interesting products developing (Bitcoin, for example), or indeed a global pandemic, which could steal the spotlight from many new ventures.

Andy’s conclusion, however, is that above all these learning points is that ultimately even with solid preparation, experienced partners, and with margin offsets at LCH that are quite interesting (and a talented CEO and team) this was just not sufficient. He also mentioned that all those benefits require deep, liquid, tight, two-way markets as a prerequisite to success.

He further noted that during the past few weeks, they’ve been sharply focused on assisting clients with winding down their positions. Andy has said thanks to the brokers helping on this unwind.

Andy further noted that he’s also been focused on working to find the team exciting and new opportunities. He’ll be leaving them to offer you further updates – but he’s pleased that a number of people have decided to stay with LSEG.

Finally – he offered his thanks to everyone. Andy also mentioned that he’s spoken to many of you during the past few weeks to offer his gratitude for your advice, support, humor and of course, your trades.

In the “near immortal” words of the late great Douglas Adams, it just leaves him to say “So long, and thanks for all the trades.”