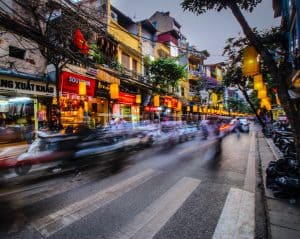 Infina, a retail investing app focused on Vietnam, this week announced they have closed a $6 million seed funding round from investors such as Sequoia Capital India’s Surge, Y Combinator, Saison Capital, Starling Ventures, Alpha JWC, and AppWorks. Additional investors who have backed Robinhood, Coinbase, and similar models in other markets also participated in the funding.

Infina is the latest Asia-based retail app seeking to attract investors in a region with a growing middle class. They join companies like Ajaib in Indonesia, Groww in India, and Tiger in China. The Infina app is designed to make investing more accessible, easy, and safe for the young, tech-savvy Vietnamese who are looking to start their investing journey.

Vietnam has a young population of 97 million that is made up mostly of Millenials and Gen Z, many of whom are seeing increased incomes and have an appetite for investing. Vietnam’s benchmark stock market index hit record highs last year, rising 28.1 per cent year-to-date in December 2021 and outperforming many of its Southeast Asian equity markets.

The country also registered more than 1.3 million new stock trading accounts in 2021, which was more than three times the number for 2020. The number of Vietnamese participating in crypto and NFT is even greater, estimated at around six million. Off the back of the surge in retail investing in Vietnam, Infina has seen hyper-growth in its users, clocking a compound monthly growth rate of 64 per cent in funded accounts in 2021, the company said.

Through Infina, users can choose from a wide range of asset classes, from fixed-income products to mutual funds, and more recently stock trading. Expensive investment products are fractionalized, so users can now invest in a diverse portfolio of assets with low minimum amounts. Infina is also making investing widely available to everyone by growing its presence across third party ‘super’ apps. For example, users can now access Infina’s investing products via the e-commerce app Tiki.

“Infina’s mission is to empower the rise of retail investors to participate in existing and emerging asset classes so that everyone has a real stake in the economy and prosperity of the country,” said James Vuong, founder and CEO of Infina. “We’ll be using the funding to continue to build out a world-class team that can develop great technology, deliver the best experience to our users, and drive even faster growth so that we can serve a large portion of the new investors joining the market in the next three years.”

“We are excited to be a part of Infina’s journey because at YC, we love to back founders who are building something people want. The need for a new generation of retail investing apps like Infina is clear, not just for Vietnam but globally,” said Gustof Alstromer, group partner at Y Combinator.

Infina is part of Surge’s sixth cohort of 20 companies. It was founded by Vuong, who previously founded Lana Group, which was acquired by LINE Corp. Prior to that, he was VP of investment and Kauffman Fellow at IDG Ventures. He received his MBA in Technology Management from UC Berkeley Haas School of Business and BSc in Electrical Engineering and Computer Science from UC Berkeley.