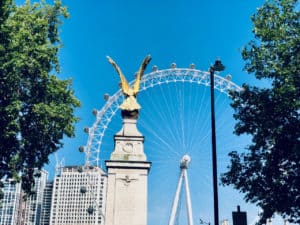 Intesa Sanpaolo, which is Italy’s largest bank by total assets and one of Europe’s most profitable and sustainable financial institutions, has chosen Thought Machine, the United Kingdom-based core banking tech firm, to support its digital banking platform.

In conjunction with this partnership, Intesa Sanpaolo has made a £40 million investment in Thought Machine “to become part of the company’s growth story.”

Intesa Sanpaolo has also indicated an intention to extend Thought Machine’s core banking platform into the group’s wider infrastructure as it continues “to invest heavily in the bank’s digital transformation, replacing mainframe-based core technology and moving to cloud infrastructure.”

Vault was selected for its flexibility “to serve multi-currency and multi-country clients – with an intention announced by the bank to extend Thought Machine’s role to other client segments beyond mass-market retail banking, both in Italy and internationally.”

“Our new Business Plan aims to take the fintech challenge head on. This is why we decided to create a new entirely-digital bank to serve our younger retail customers, who prefer not to use branches and don’t require the same in-person service that our Exclusive, Affluent and Private multichannel clients do. This new digital bank will evolve our retail business from incumbent to fintech challenger in the mass market, with the option to expand internationally. We chose Thought Machine as our partner due to its international standing as a fintech innovator. We believe so strongly that Thought Machine is the right partner for this transformation that we are also announcing our investment in the company to be part of its growth story.”

“Complementing the work we have done with Tier 1 banks around the world, we are now proud to announce that Italy’s largest bank, and one of Europe’s leading financial institutions, will adopt Thought Machine’s technology into its new digital bank. With Intesa Sanpaolo becoming an investor into the business, we have formed a relationship which will see our technology go further into the wider bank’s portfolio – having a central role to play in delivering enhanced digital services and experiences for the bank’s extensive customer base in Italy and beyond.”

Intesa Sanpaolo has around 13.5 million clients in Italy, served via its digital and traditional channels, and 7.1 million clients abroad, where it is present with subsidiary banks operating in commercial banking in 12 countries in Central and Eastern Europe and Egypt, as well as “with an international network specialised in supporting corporate customers in 25 countries.”

Thought Machine claims that it has become the de-facto option for large-scale banks “undertaking core transformation.”

Thought Machine’s client roster includes JPMorgan Chase, Lloyds Banking Group, and Standard Chartered, among others. The firm has acquired over $340 million in capital, at a billion-dollar plus valuation, and maintains head offices in London, with regional offices in New York, Singapore, and Sydney.