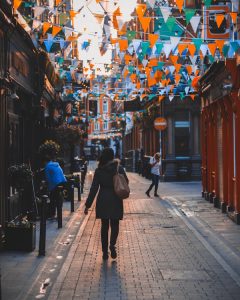 The VeChain Foundation claims that 2021 “proved to be a significant year” for them with many developments taking place — some of which are “fundamentally game-changing” and others that “greatly benefit” their ability to serve the global economy with blockchain-based services.

One such change that the VeChain Foundation is pleased to confirm is the opening of their new Foundation headquarters in Europe, expanding their presence to one of the fastest-growing markets while maintaining their original head offices in Singapore to ensure coverage of Southeast Asia.

After a series of close collaborations, San Marino “formally” invited the VeChain Foundation to relocate in a move that “opens up many benefits and opportunities moving forward.”

In June 2019, CEO Sunny Lu had been invited to a special signing ceremony hosted by the San Marino government to “formally collaborate on the nation’s goal of becoming the first carbon-neutral country, a project that would go on to form part of its 2030 Development Plan.”

After a series of legal decrees and successful implementations of VeChain’s technologies, the VeChain Foundation was “formally invited to move its headquarters to San Marino to help realize its digital ambitions while providing the VeChain Foundation a much greater degree of regulatory clarity for its operations and development.”

A recent Decree “Provisions on blockchain technology for business” aims to introduce a transparent, clear and simple regulatory framework that “provides specific rules for the different applications of DLT.”

The update further noted that with its advanced state of regulatory readiness, San Marino is set to be “a leader within the field of blockchain and crypto.” Moving to San Marino will help “deliver advancements in regulation, innovation and adoption for the VeChain Foundation.”

The VeChain Foundation further revealed that it is also planning “to further expand its technology presence in Europe by forming a new technology team in order to support the growing demand from businesses throughout Europe.”

The new technology team will be “mainly based in Dublin, Ireland, under the supervision of the newly appointed Head of Technology for SDGs of the VeChain Foundation, Antonio Senatore and work closely with the Foundation core devs.”

The tech team will also “scale across multiple locations within Europe, such as San Marino and Italy.”

The update also confirmed that the team will be “focused on enabling technological ecosystem growth for the VeChainThor network through various tooling and frameworks, alongside the delivering of solutions in the area of SDGs and the circular economy.”