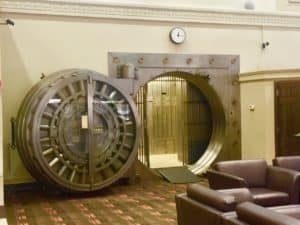 Ararat Yuzbashyan, CTO at EstateGuru, has explained how he aims to improve the lives of his colleagues. Ararat also talked about the advice he would give to talented professionals who are thinking of joining EstateGuru.

Ararat pointed out that his aim is “to assist clients in applying technology to solve their financial operations.” Ararat added that he understands that whenever it comes to finance, “security is a priority, and so [they] are continually improving every aspect of security on the platform.” And also, they try “to make life simpler, more pleasant and more productive for [their] colleagues by introducing automated processes into every department.”

He added that the firm is “extremely goal-oriented, and bold in setting the highest goals and reaching them.”

EstateGuru has taken a detailed look at the pros and cons of this form of funding, and the ways in which their platform aims to maximize the former while “attenuating” the latter.

EstateGuru writes in a blog post that P2P lending enables borrowers to loan funds directly from individuals, without the need for banking institutions or other traditional financial institutions. P2P platforms, such as EstateGuru, “assess loan applications from would-be borrowers, determine the risk involved in the venture and the credit rating of the applicant, and then either approve or reject them.”

As reported in late January 2022, marketplace lending platform EstateGuru has posted its 2021 financial results. According to the investment platform loan volumes increased by 69%, revenues 58%, new investors by 35% compared to 2020. EstateGuru said that all of the countries where they operate exceeded their targets with total lending for 2o20 at €203 million versus €120 million year prior.

The company stated that 13,900 new investors joined the platform from operating countries and 42,000 joined from non-operating countries (the biggest groups were from Spain, Italy, and the Netherlands) totaling 112 000 investors by the end of 2021, a 35% increase compared to 2020.