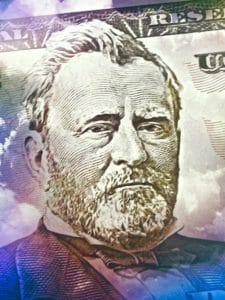 The Society for Worldwide Interbank Financial Telecommunication or SWIFT, is in the news quite a bit as of late as discussions are ongoing as to whether Russia should be disconnected from the platform following its unprovoked invasion of Ukraine and ongoing war terrorizing the country.

SWIFT is important because it is foundational to the current financial system as it is the messaging platform for global money transfers. If Russia is blocked from SWIFT the country will be in a bit of a financial bind.

Headquartered in Belgium and a cooperative organization, SWIFT was founded in 1973 and was designed to replace the rather less well-structured Telex – a basic messaging system that was put in place after WWII and suffered from errors and delays. SWIFT was created to fix all of that.

Launched initially by 239 member banks, today SWIFT connects more than 11,000 banks and other financial services firms in just about every country or jurisdiction around the world.

To get an idea as to the importance of SWIFT, the cooperative sent 385 million “Fin” messages in February (so far). SWIFT explains:

If you are a blockchain proponent and believe that DLT is the future, SWIFT is working on a next-generation product too.

SWIFT Go is described as a transformative new service that offers fast and affordable cross-border transfers for financial institutions which can enable their SME and retail customers to send payments anywhere in the world, direct from their bank accounts. More than 120 big international financial institutions have signed up to try out the service.

SWIFT is also experimenting to see it may interact with the cross-border use of central bank digital currencies (CBDCs), another area of innovation.

If Russia is blocked from tapping into SWIFT the impact should be pretty clear, Russian banks and financial institutions will be amputated from the global financial ecosystem. Of course, this is a two-way street and some non-Russian entities may take a hit too.

Russia is claiming that it is prepared for this possibility with its domestically created Central Bank Financial Message Transmission System. This system is said to be set up to work China’s alternative to SWIFT – Cross-Border Interbank Payment System or China Interbank Payment System (CIPS). Unfortunately for Russia, CIPS would probably not be a good option as CIPS is not truly a viable alternative to SWIFT. Even Russian media admits that forcing Russia out of SWIFT would cause problems for the economy.

So will Russia be banned from SWIFT? If Putin decides to remove his armed forces from Ukraine immediately, he may be able to dodge that outcome – but that’s not going to happen. Currently, the US, UK, and Europe are talking about the move which would hammer the Russian economy. Chatter indicates that global support for blocking Russia from SWIFT is growing as the world rushes to help Ukraine in their David versus Goliath war caused by Putin’s madness.