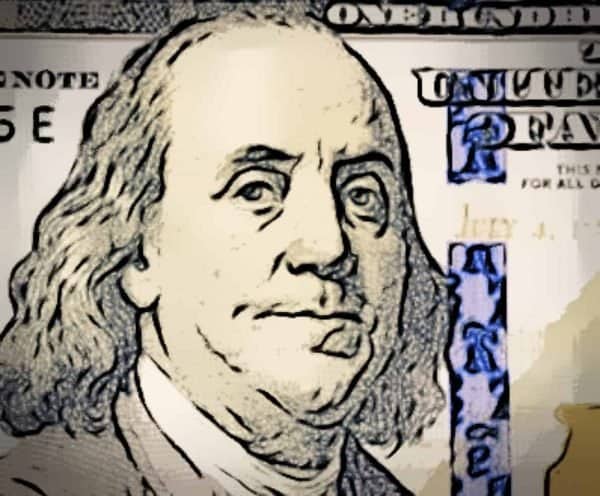 The Importance of Compliance.

Under the JOBS Act 0f 2012, online capital formation – or investment crowdfunding, became legal in the US. Three exemptions were created that enabled firms to raise money online to fund a company by selling securities. The legislation created Regulation Crowdfunding (Reg CF), updated Regulation A (Reg A+), and Regulation D 506c that allows a company to “generally solicit” (advertise) securities by leveraging the internet.

Next on March 22nd: Deal Quality and Structure

While it took some time for the Securities and Exchange Commission (SEC) to finalize rules, today the industry is growing at an accelerated pace.

In brief, under these rules, an issuer may raise money as follows:

Last week CI hosted a webinar that focused on compliance under the above rules. While regulations may always be improved, in general, rules aim to foster a viable industry by creating an environment of trust, the enables securities crowdfunding to grow responsibly. Fraud is always a concern but online capital formation has experienced relatively little – probably due to the very public nature of online capital formation. While failure is always a risk, and more so for an early-stage firm, an unsuccessful company is very different from fraud. Investors must be provided a degree of disclosure from an issuer to understand the risk involved and whether it is suitable for their goals.

Panelists in the webinar included Doug Ellenoff of Ellenoff, Grossman & Schole, Jim Caboy of Rialto Markets, Nirvana Patel of Prime Trust, and Sara Hanks of Crowdcheck. Each of these individuals is an expert in digital securities offerings, supporting the nascent investment crowdfunding industry. Rialto is a broker-dealer that lists online securities offerings providing a compliant path f0r gr0wtu capital, Prime Trust powers the back end of just about all securities crowdfunding platforms, and Crowdchedk and EGS are expert legal advisors for issuers as well as platforms.

During the webinar, Patel explained why prudent rules are vital to the sector’s success, stating that it is important to have clear regulations that protect investors while guarding against fraud and most importantly, “act as guide rails that allow the industry to responsibly grow.”

Caboy shared that when listing a securities offering on Rialto Markets you should first have your documents in order. Rialto Markets reviews issuers and firms to make certain they have no bad actors and the company is real, you have a real use for the funds. If you are approved by the platform, Rialto Markets then helps to create the offering page for the listed securities while making certain it is compliant under the securities law – a key benefit of working with a platform.

Rialto Markets reviews issuers and firms to make certain they have no bad actors and the company is real, you have a real use for the funds @RialtoMarkets #Crowdfunding Click to Tweet

Hanks explained that if an issuer is raising money using Reg CF, the SEC does not sign off on the documents in any way. But, if a question arises, the SEC has the documentation available to review at a later date.

“In an ideal world, we wouldn’t need lawyers but we don’t live in an ideal world,” said Hanks, and we need lawyers to put the offering documents together. Hanks, who helps many issuers complete their securities crowdfunding documents said they provide a single file that is easily reviewed while others create multiple documents “… how investors make their way through, I do not know.” Hanks added that while you do not need an attorney to assemble Reg CF documents it will probably save a lot of time to complete them while ensuring the company is adhering to the rules.

Ellenoff said Reg CF was revolutionary for the securities industry, an opportunity to raise money from any investor (both accredited and non accredited), in order to fund a smaller company. And in contrast to what many state and federal regulators predicted, there have been very few instances of fraud in the thousands of securities offerings since the rules became actionable. Ellenoff noted that in many parts of the country, where venture capital is not readily available, early-stage companies now have a path to access capital. “This is very healthy for the capital markets,” stated Ellenoff. “We take this very seriously.”

Ellenoff noted that many of the Form C’s filed today are deficient, unfortunately, recommending that companies work with an experienced legal advisor. The rest of the panel concurred.

Reg A+ has recently risen in popularity for issuers following the increase in the funding cap (Tier 2) to $75 million. But this is not the only reason why more companies are using the exemption. More intermediaries, like broker-dealers, are becoming adept in helping companies raise capital under the rules. Patel noted that firms raising capital using the Reg A+ securities exemption may immediately trade the securities (if the company decides to allow sales) – unlike the other exemptions. “That gives people a little bit of comfort, if I need to exit it – I can.” Patel said that as long as a company is willing to do the work upfront “it is a really nice way for companies to raise money,” and a lot cheaper than going down the traditional VC path.

Asked how long it takes to complete all of the documents necessary to pursue a Reg A+ securities offering? Hanks said that it is a lot more intrusive than a Reg CF offering so allocate around 5 months for qualification.

There is an offering statement that is like an offering prospectus said Hanks and you have to disclose far more information. “This is a public filing, albeit, of a private company,” she explained. You must include material contract information, opinion of counsel that affirms the offering, IE “these things actually exist.” Hanks said that the SEC reviews the filing and also researches the company online to verify claims. If you have something that is described in your offering document that is not consistent with what is on your site or articles of incorporation, the SEC is going to say something about it. “It’s registration light.”

There are other subtleties to pursuing a Reg A+ offering, like requirements for an audit under Tier 2 but complying with state review under Tier 1. Some states do have requirements for audited financials or mandates on the type of security offered. Caboy echoed Hanks’ sentiment that Tier 1 should probably be avoided as he cannot imagine going through the various state requirements. On another note, Caboy said they have their ATS (alternative trading system) built and ready for secondary transactions in private securities.

Reg D is only available for accredited investors but most securities crowdfunding platforms allow issuers to raise capital under the exemption if they so desire. Some platforms list a side-by-side offering pairing a Reg D with Reg CF exemption, enabling the company to raise as much money as they want with up to $5 million from retail investors. A company can benefit from retail investors who may be inclined to advocate on behalf of the firm or its service.

There is a lot of nuance in the various securities exemptions available to private company issuers looking to raise money online. Whether you are issuing debt, equity, preferred, a SAFE, or a digital asset (security token), you must still be in compliance with existing securities law.  If you are interested in learning more about raising money online, the video is available below.