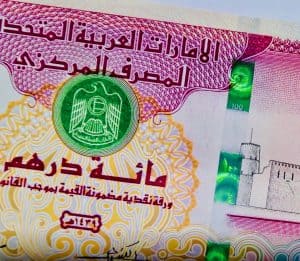 Jurisdictions under increased monitoring are “actively working” with the Financial Action Task Force (FATF) to address “strategic deficiencies” in their regimes in order to counter money laundering, terrorist financing, and proliferation financing.

The FATF and FATF-style regional bodies (FSRBs) continue “to work with the jurisdictions below as they report on the progress achieved in addressing their strategic deficiencies.”

The FATF calls on these jurisdictions “to complete their action plans expeditiously and within the agreed timeframes.” The FATF welcomes their commitment and will “closely monitor their progress.”

As confirmed in the update, the FATF does “not call for the application of enhanced due diligence measures to be applied to these jurisdictions, but encourages its members and all jurisdictions to take into account the information presented below in their risk analysis.”

The FATF identifies additional jurisdictions, “on an on-going basis, that have strategic deficiencies in their regimes to counter money laundering, terrorist financing, and proliferation financing.” A number of jurisdictions have “not yet been reviewed by the FATF or their FSRBs, but will be in due course,” the announcement clarified.

Since the beginning of the COVID outbreak, the FATF has “provided some flexibility to jurisdictions not facing immediate deadlines to report progress on a voluntary basis.” The following nations had their progress reviewed by the FATF since October of last year: Albania, Barbados, Burkina Faso, Cambodia, Cayman Islands, Jamaica, Malta, Morocco, Myanmar, Nicaragua, Pakistan, Panama, Philippines, Senegal, South Sudan, Uganda, and Zimbabwe.

For these nations,  updated statements have now been provided.

As mentioned in the announcement, Jordan, Mali, Haiti, and Turkey were given the opportunity and “chose to defer reporting; thus, the statements issued in June and October 2021 for these jurisdictions are included …, but they may not necessarily reflect the most recent status of the jurisdiction’s AML/CFT regime.”

The FATF “welcomes the progress made by these countries in combating money laundering and terrorist financing, despite the challenges posed by COVID-19.”