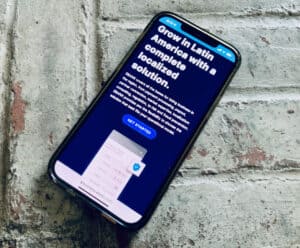 EBANX, a payments Fintech with an international presence, has introduced a brand new positioning and design.

Created in “celebration” of its 10-year anniversary in February, the latest branding “marks the expansion of the company’s global teams located in regions such as Asia, Europe, and the Americas.”

With its sights set on further expanding its client base and the depth and reach of Fintech platform’s products over the next 10 years, EBANX aims “to strengthen verticals such as digital services and e-commerce led by its new president of Global Payments, Paula Bellizia.”

“EBANX has a spectacular track record, having impacted the trajectory of merchants, Latin American consumers, the payments industry, the digital market as a whole and the community around us. Looking ahead to the next 10 years, we have a very clear direction: to maximize this impact, and increase the reach of our merchants and options for consumers. The new brand celebrates EBANX’s achievements so far and ushers in the next decade.”

In 2021, EBANX‘s global team grew by nearly 70%, “reaching nearly 100 people at the beginning of 2022.” The fintech company currently “has open positions in its Mexico office and plans to recruit others for its teams located in China, Europe and the United States.”

EBANX maintains business operations in 15 countries, teams in over 10 countries, and more than 1,700 workers from over 20 different nationalities. It provides 100+ domestic payment options in Latin America to 1,000+ global customers like Amazon, SHEIN, Shopee, Spotify, and Uber, as well as 35,000 merchants in Brazil.

As mentioned in an update shared with Crowdfund Insider, the new EBANX logo “reflects the exponential growth of the company, which increased its volume of processed payments by more than 110 percent in 2021.”

This forward momentum is “illustrated by the changing size of each letter in the logo and makes visual reference to the fintech’s plans for future growth – the letter X in the logo is the largest, expressing the idea of the brand’s wide reach.”

The new tagline – Be there. Anywhere – “highlights EBANX’s customer-centric mindset and its commitment to shortening the distances between businesses and consumers through simplified digital payments.”

“EBANX’s major milestones so far have all been connected to the mission of creating access and offering the best experience for companies and consumers. From this commitment to our customers, many product launches were born, along with geographic expansion, growth of teams and our client portfolio, strategic acquisitions, investments and other projects that benefit the market and the community. We are very proud of this legacy, knowing that it offers a solid foundation for our business, on which we will build the EBANX of the future.”

EBANX’s new positioning and brand design “were developed in partnership with YÖNE.”