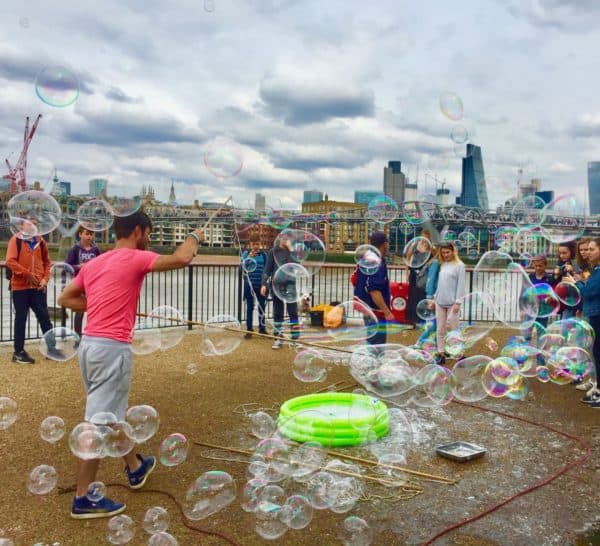 The blistering pace of venture capital deployment has emerged as one of the more salient investment themes from the pandemic. As Fred Wilson, partner at Union Square Ventures, observes,

“It is tempting to mourn the loss of careful and considered investing but from where I sit it seems gone for good, at least for early stage venture capital, so I think it’s a better use of our time to spend adapting to the market […] and building the conviction to act quickly and decisively.”

However, this one’s been a long time coming. It’s important to recall, then, that the increasing velocity of capital entering the emerging tech space still happens one deal at a time and that improving time to close by reducing friction at negotiation is a longstanding, if not shared goal—at least, for some financing provisions—between founders and investors.

Take just one cliche from the past decade. For a while, pitching a new startup with some version of the phrase ‘the Uber for’ represented, for better or worse, an attempt to harness pattern matching to accelerate the time to term sheet. How often that worked remains open to debate, even as the currency of the analogy has clearly waned.

But the hand wringing over-inflated valuations has only increased of late. This anxiety appears especially acute at earlier stages like Series A. The pressure to make quick and decisive calls about funding relatively immature companies has only expanded over the past year. And this dynamic has some suggesting that the current venture market has become a bubble. For some investment targets, ‘valuation is completely disconnected from the multiples,’ as Jeff Clavier, founder of early-stage venture firm Uncork Capital, recently shared with TechCrunch. Of course, similar observations have characterized VC markets past without a bubble taking shape—despite contemporary warnings to the contrary.

The ability of fear—including FOMO—to keep sources of capital from sitting on the sidelines in such moments is hardly negligible, and we have a window onto just how out of step key metrics like capital raised and post-money valuations are with the market forming—frothy or not—at Series A right now in the US.

Over the past six months, our Benchmarking Term Sheet reflects a median amount raised at Series A clocking in at some $14 million Click to Tweet

Over the past six months, our Benchmarking Term Sheet reflects a median amount raised at Series A clocking in at some $14 million,* with the top decile at $30.1 million and the top quartile at $19.6 million. Mapping funding details from the likes of Airbnb and Instagram at Series A such as capital raised and post-money valuation onto current market rates can help to clarify where things stand today. After all, past funding rounds for these companies have generated no shortage of headlines about tech bubbles about to burst. 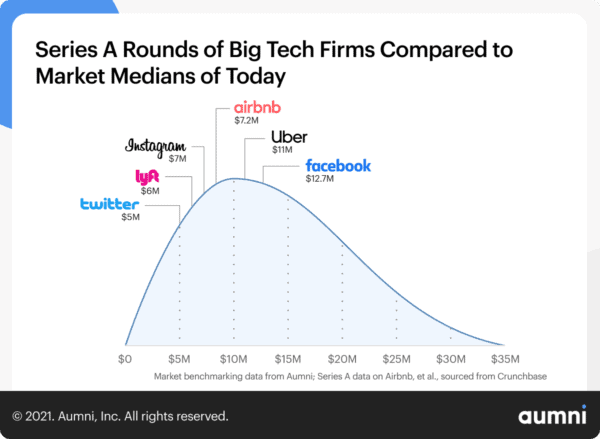 Of the three social media platforms charted here, each falls behind the median sum of venture capital raised over the past six months. In the case of Twitter, comfortably so at just $5 million. Likewise, of the ‘sharing economy’ platforms—for lack of a better phrase—plotted here, only Uber, with its $11 million raised in February 2011 at a $60 million post-money valuation, approaches the $14 million median of the past six months in the US. But Uber’s once sizable valuation at Series A is hefty no more.

The median post-money valuation has reached $64.7 million over the past six months, per Aumni data, with the top decile at $149.5 million and the top quartile at $97.1 million. And here’s where the post-money valuations for the same companies sit within today’s distribution. 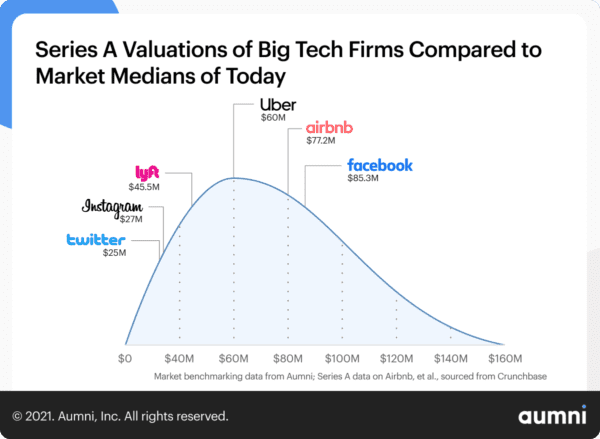 Of the three social media platforms charted here, it’s only Facebook—today, an advertising powerhouse with a trillion-dollar market cap, depending on the day—that secured a post-money valuation at Series A greater than the median for the past six months. In the case of Instagram, the once-independent Facebook subsidiary’s $27 million post-money in 2011 ranks nowhere near market today. For the trio of sharing economy platforms, only Airbnb with its nearly $80 million valuation secured in November 2010 surpasses the $64.7 million median post-money valuation of the past six months in the US—and comes nowhere near the right-tail of the distribution. 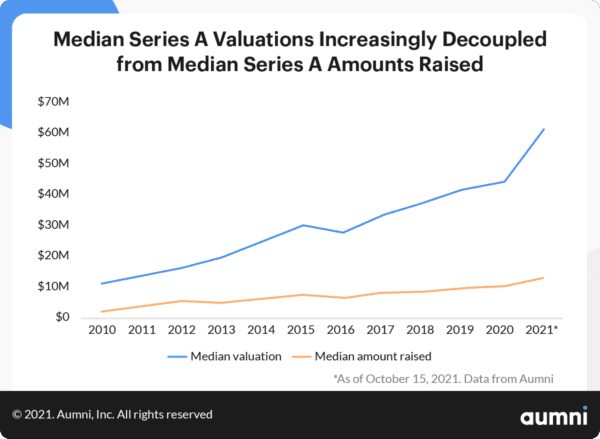 The likes of not only SoftBank and Tiger Capital, but also Coatue, a16z, and General Catalyst, can all compete for or partner on deals at Series A in ways investors once could not or did not before. That places these players in a better position to then capture a greater share of the upside to come in a market characterized since at least 2017 by non-traditional investors targeting startups staying private longer than ever. And these moves into the Series A market have made 2021 a phenomenal year for financings, with median valuations at this stage increasing considerably year-over-year. For 2020, Aumni’s data reflects a median Series A post-money valuation of $43.1 million. That means current figures reflect a $20 million increase at the median—a giant leap of 46.4% YoY.

For 2020, Aumni’s data reflects a median Series A post-money valuation of $43.1 million. That means current figures reflect a $20 million increase at the median—a giant leap of 46.4% YoY Click to Tweet

Meanwhile, the public comps for tech stocks, against which late-stage companies are valued, have ballooned in recent years. At the same time, returns have become increasingly more predictable for companies positioned to exit. With LPs like university endowments, family offices, and those service providers advising them, taking an increased interest in mature companies in proven areas of emerging tech, the supply of capital to support the number of investors interested in VC opportunities should keep key provisions of term sheets elevated on the economic side while preserving the founder-friendly bent to legal terms for a considerable time to come.

So, where do the themes emerging from the go-go post-pandemic VC funding market stand with just these data-points in mind? Fred Wilson is right, in short. Growing sums of capital raised at sizable valuations have been a long time coming. And it’s likely that these headline-grabbing figures from years past contributed some not inconsiderable influence over the direction this paradigm drift has taken at Series A over the past decade. Likewise, the success of select unicorns at exit also appears to have helped reinforce this dynamic along the way. 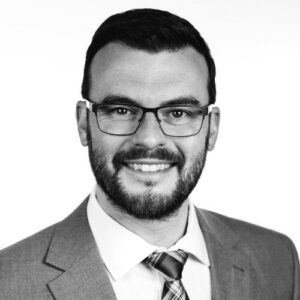 Adam Putz, PhD, is Aumni’s Director of Research. Prior to taking this role, Adam was an analyst at PitchBook. His work has been cited by the Chartered Alternative Investment Analyst Association and CNBC. Aunni Benchmarking Term Sheet tracks early stage valuations of more than 100,000 VC transactions.

* All figures sourced from Aumni’s Benchmarking Term Sheet current as of October 6, 2021