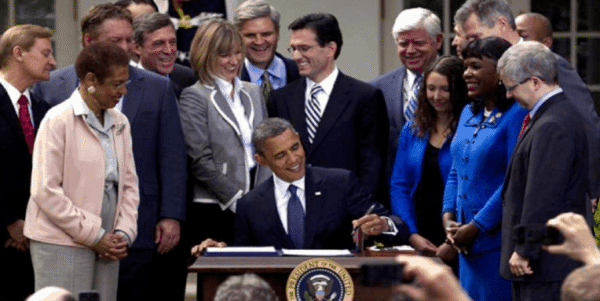 Today, at 2:30 PM ET, Congressman Patrick McHenry, the ranking Republican on the House Financial Services Committee, will be hosting a roundtable to mark the 10th anniversary of the Jumpstart Our Business Startups (JOBS) Act of 2012. The JOBS Act legalized securities crowdfunding including, Reg CF, Reg A+ and Reg D 506c. The legislation was created in a rare act of bipartisanship, recognizing the pressing need to make it easier for firms to gain access to capita. The bill was signed into law by President Barack Obama.

Today, issuers may raise up to $5 million using the Reg CF exemption; companies raising capital under Reg A+ may accept up to $75 million; and firms utilizing Reg D 506c may raise an unlimited amount of money but only from accredited investors.

The roundtable is said to reflect on the law’s effectiveness in spurring capital formation and look ahead to how Congress can build on its success.

Martha Miller, the current Director of the SEC’s Office of the Advocate for Small Business Capital Formation (OASB), will act as the moderator. The following panelists will  be participating in the discussion:

The audio will be live-streamed and available here as well as below.