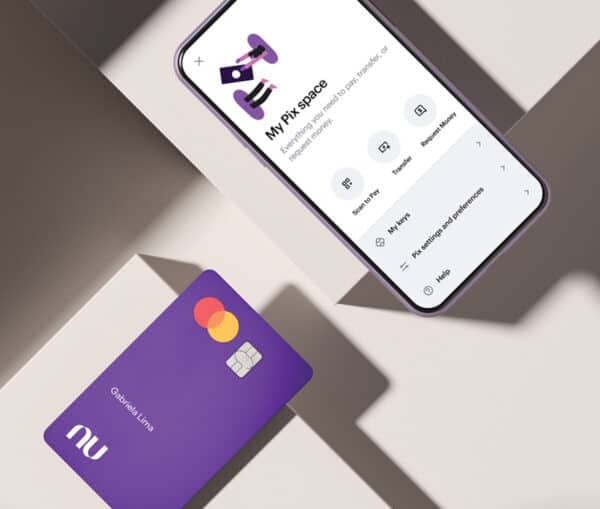 Nubank (NYSE: NU), one of the largest digital financial services platforms globally, recently announced that it strengthened its international operations by obtaining a credit line of $650 million, which will be “invested in the Mexican and Colombian markets, where the company operates under the name ‘Nu’.”

The company reinforces its long-term vision and commitment to the region, “aiming to promote technological development and financial inclusion.”

The resources come from “a three-year credit line in local currency, financed by Morgan Stanley, Citi, Goldman Sachs and HSBC, institutions that were underwriters of Nubank’s IPO in December 2021, in which the company raised approximately $2.8 billion.”

“The rapid growth we have seen in Mexico and Colombia has exceeded our most ambitious expectations. This financing is a reflection of the confidence leading investors and shareholders have in our business model and growth potential. We are doubling down our commitment in Mexico and Colombia to continue growing and generating positive local impact through the financial inclusion of millions of Latin Americans.”

This funding will be invested “in three key areas: technology development and product innovation, customer base growth, and attracting the best talent in the region.”

Founded in 2013 in Brazil, Nubank began its internationalization strategy three years ago with “the launch of the operation in Mexico in 2019 and later in Colombia in 2020.”

Today, it has around 54 million customers “at a regional level and is already the largest credit card issuer in Mexico.”

As noted in a blog post, the Mexican and Colombian markets “are extremely strategic for the company.” Together with Brazil, the third country where the company operates, they represent “60% of the GDP and population of Latin America.”

Having issued the first credit cards in Mexico in 2020, at the end of 2021 the company already
“had 1.4 million customers, representing a 1,243% growth year over year, and became one of the largest credit card issuers in the country.”

Nu closed the year with an NPS of 94, “surpassing the industry average, which demonstrates the high degree of favorability among its clients.”

In Colombia, by the end of 2021 and with only 11 months since the first card was delivered, Nu already “had 114,000 customers, which represents a growth of almost 3x in the final quarter of the year.”

In the country, Nu is “working on the construction of an engineering, product and data science center that is developing the next generation of financial services in the country.”

“At Nu Colombia we are reinventing the future of financial services for the country and working decisively to become leaders in the sector. We have grown at a strong pace and this regional credit line allows us to continue advancing more rapidly in our objective of fighting bureaucracy to empower our clients.”

“This funding, which ratifies Nu’s strength and our confidence in the country, will be allocated to support the growth of the team and the further development of the technology that has already allowed us to free thousands of Colombians from complexity.”

“Nu arrived in Mexico with the mission of fighting complexity and bureaucracy to empower people so that they can regain control of their finances, promoting financial inclusion and the development of human capital in the country. This funding confirms our long-term commitment to Mexico and will allow us to offer our products to many other millions of people.”