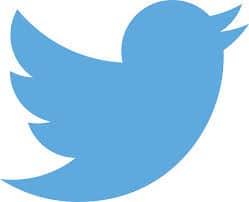 According to a filing submitted to the Securities and Exchange Commission (SEC), Elon Musk has provided details on how an acquisition of Twitter (NASDAQ:TWTR) will be financed.

The document outlines the specifics of the deal:

Elon Musk announced his bid to purchase the social media company a week ago after he had acquired a 9.2% equity stake in the company and decided not to join the Twitter Board. Musk stated at that time:

“As I indicated this weekend, I believe that the company should be private to go through the changes that need to be made. After the past several days of thinking this over, I have decided I want to acquire the company and take it private.”

Questions immediately emerged as to how Musk would pay for the company – even though he is the richest individual in the world.

The Twitter board quickly incorporated a “Poison Pill” policy that would bloat the number of shares when anyone acquired 15% of Twitter shares or more, effectively making an acquisition rather challenging.

Regarding the specifics of Musk’s offer, the Board of Directors has indicated it would review the financing.

Twitter has taken heat from certain sectors as not acting in the best interests of shareholders as the company has underperformed. Twitter’s 52 week high is around $73/share. Currently, Twitter trades at around $47/share – far below Musk’s offer.

David Sacks, a VC, entrepreneur, and popular podcaster, said he believes that the Poison Pill may work or another bidder may beat out Musk’s offer, claiming the game is rigged:

“I hope I’m wrong about this, but the establishment is so committed to censorship that it will try to thwart Elon’s bid, even if it means breaching their fiduciary duty or reversing their position on antitrust law,” Tweeted Sacks.

Twitter has not only performed poorly economically but has been criticized for pursuing woke politics. Musk believes that Twitter should be a “Town Square” type media platform stating “a social media platform’s policies are good if the most extreme 10% on left and right are equally unhappy.”

Some observers expect Musk to pursue a Tender offer directly with shareholders, a more challenging task as opposed to having the Board approve his offer.