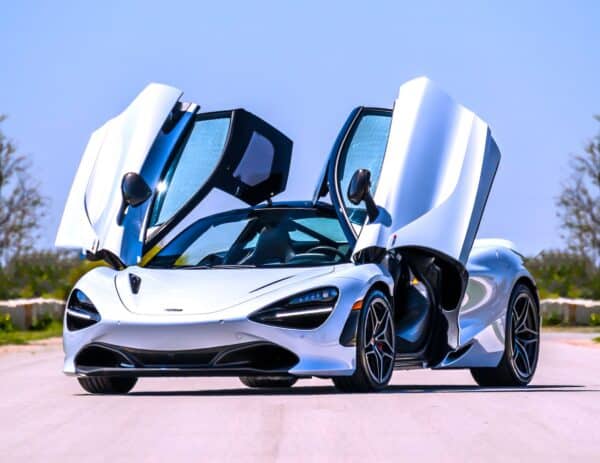 OKX, which claims to be one of the leading digital currency platforms, has announced a “major” multi-year partnership with McLaren Racing, “becoming the Official Primary Partner of the McLaren Formula 1 Team and McLaren Shadow esports Team from 2022.”

As Official Primary Partner, OKX will be “the largest partner to McLaren Racing, the home to one of the most successful Formula One teams and greatest drivers of all time.”

As the world’s “second largest” exchange by trading volume, OKX is on “a mission to supercharge the experience for McLaren’s global audience, elevating the team and its fans by bringing crypto onto the track.”

OKX’s partnership with McLaren will aim to “propel the crypto brand to household name status fans and traders will come to love.”

Year over year, the relationship will try to “find new and exciting opportunities to bring fans closer to the culture of speed, performance and high ambitions.”

On the 2022 Miami Grand Prix on Sunday, May 8th, OKX branding will “be carried on the rear wing, front wing, mirrors, cockpit side, nose, and inner halo of the McLaren MCL36 F1 cars, on the race suits and helmets of McLaren F1 drivers Lando Norris and Daniel Ricciardo, and on the McLaren F1 Team kit and McLaren Shadow Team kit.”

“The McLaren brand stands for everything that is great about F1. Speed, reliability, and performance are at the core of any top-class crypto trading platform. We innovate on our platform every day, ensuring the highest trade execution speed to our users, requiring ‘pit-like’ team collaboration and instincts.”

“We are thrilled to announce this primary partnership with OKX ahead of the Miami GP. In a rapidly-evolving field, OKX is a long-established crypto brand that brings innovation, analytics and accuracy to accomplish great things. The first-ever Miami Grand Prix is the perfect occasion for us to launch this significant partnership, through which we will collaborate with OKX to take our fan experience to all new levels.”

OKX is “a place where people can trade, invest, and hold thousands of cryptos, digital assets and collectibles.”

As noted in a release, OKX is a cryptocurrency exchange and a “self-custody ecosystem.”

“Trusted” by over 20 million users in over 180 international markets, their “fast, secure and efficient platform is the exchange of choice for retail and professional investors globally.”

Since 2017, OKX has “grown into a global community of people who share a common interest in the power of crypto and decentralized finance, in service of financial freedom.”

They empower people “to learn, trade, game and explore everything crypto within an expansive ecosystem of wealth creation opportunities.”

Beyond the OKX Exchange, MetaX is their DeFi portal “into the world of Web 3.0, metaverse gaming, NFTs and the decentralized economy.”

As mentioned in the update,  McLaren Racing was “founded by New Zealand racing driver Bruce McLaren in 1963.”

The team “entered its first Formula 1 race in 1966, since then McLaren has won 20 Formula 1 world championships, more than 180 Formula 1 grands prix, the Indianapolis 500 three times, and the Le Mans 24 Hours at its first attempt.”

The team competes in the FIA Formula 1 World Championship with Lando Norris and Daniel Ricciardo, “the NTT INDYCAR Series with Arrow McLaren SP drivers Pato O’Ward and Felix Rosenqvist, and the Extreme E Championship with Emma Gilmour and Tanner Foust.”

McLaren was “the first F1 team to be awarded the Carbon Trust Standard in 2010 and has retained it since on a bi-annual basis, most recently in February 2021.”

The team was also “the first in F1 to be given the FIA Sustainability Accreditation Award at a three-star level in 2013 as part of the FIA Environmental Certification framework, before becoming a signatory to the UN Sports for Climate Action Commitment in 2021.”