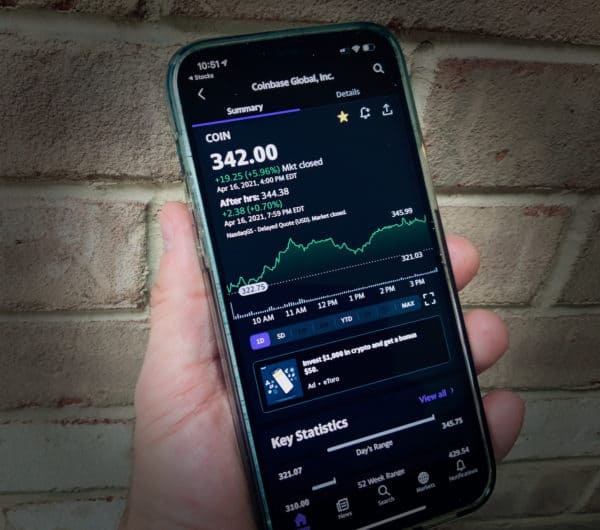 Shares in Coinbase (NASDAQ:COIN) are trading lower in after-hours trading following the release of Q1 numbers.

To quote the Coinbase shareholder letter:

Coinbase’s total operating expenses were $1.7 billion in Q1, up 9% compared to Q4. The company said the increase was largely due to its increase in employees, along with product development and more. Coinbase reported 4948 FTEs an increase of 33% versus Q4.

Coinbase provided an outlook that was not reassuring as crypto markets continue to show weakness, along with the broader market.

Shares in Coinbase were trading about 8% lower in after-hours having dropped by over 12% during the day. Coinbase shares closed out regular trading at $72.99 – far below its 52-week high of $368 and near its 52-week low.

The earnings call is scheduled for 530 PM ET Today. You may view it here.