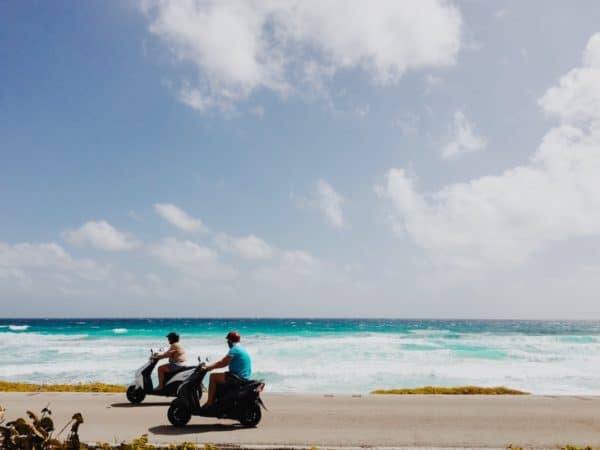 Nayms recently revealed that it became one of the world’s “first” crypto-native insurance marketplaces to become “fully-regulated” in Bermuda.

Bermuda’s “flexible” and progressive attitude to regulation surrounding cryptocurrency made it the ideal home for Nayms “to build and test their platform and proposition.”

The company has “spent the last two years in the Bermuda Monetary Authority (BMA) sandbox holding both DABA Class M and IGB licenses.”

These licenses have now “converted to the DABA Class F and IIGB, graduating Nayms to a fully-regulated entity in time for launch later this year.”

“It is very rewarding to see the hard work of the Nayms team pay-off as we reach this critical milestone. It has been a very positive experience working with the BMA, who have allowed Nayms to grow within a developed regulatory framework. We look forward to taking this relationship forward, and furthering the innovation Bermuda is providing by scaling the Nayms marketplace on island.”

A number of insurance programs run by leading companies “such as Aon and Breach will be going live post-launch, with plans to grow these programs into a transparent, tradable and trusted environment for placing insurance risk, and into a fully-fledged marketplace for efficient risk transfer as activity grows.”

The licensed entity is Nayms SAC Ltd, “a Segregated Accounts Company (SAC) which allows these insurance players to operate compliant digital asset insurance activities, all on-chain, under the full licensing that Nayms provides.”

This opens up access “to a global market of insurance providers who can operate under the Nayms regulatory structure due to the relationship that Nayms holds with the BMA.”

“We are thrilled to see the announcement that Nayms has graduated from the Bermuda Monetary Authority’s (BMA) sandbox in not one, but two licence classes. Their Class F (Full) Digital Asset Business licence, and an Innovative Insurer General Business (IIGB) licence will allow Nayms to continue to expand their presence on Island, and demonstrate Bermuda’s capacity to serve as the jurisdiction of choice for innovative digital asset businesses. We wish Nayms success in this next chapter as the world’s first crypto-compatible insurance marketplace.”

The Nayms infrastructure is now “the only environment globally where crypto projects can hold treasury assets or their own native token in a regulated captive, a widely used structure in traditional markets for self-insurance.”

The first captive will be run by decentralized custody solution, Qredo, who commented:

“Qredo believes that insurance products are a bedrock to enabling and underpinning the security and confidence of cryptoasset frameworks. Offering depth into this space is something the team is keen to do given the market is still forming. We’re excited to participate in building a crypto-native captive and plan to use this to add depth not only to the Qredo insurance offering but also, in time, the market in general to support the amazing underwriting partners we’ve worked with so far. Every step helps accelerate the adoption of cryptoassets in the traditional markets.”

As mentioned in the update shared with CI, Nayms is working “with key insurance players to launch this digital market later in the year, and can now do so as a fully regulated entity.”