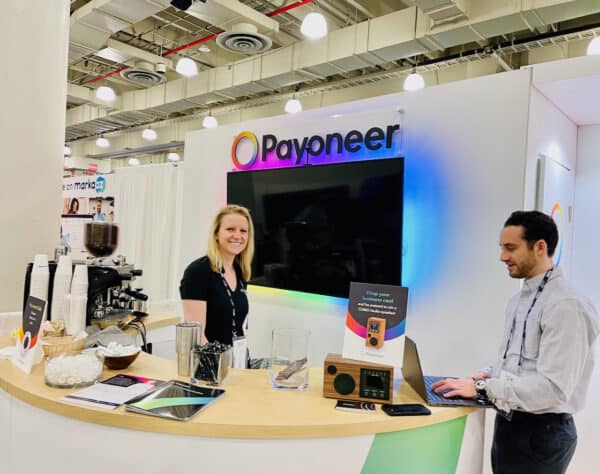 Payoneer (NASDAQ: PAYO) has announced that John Caplan will become the company’s new CEO. Caplan is expected to operate as co-CEO until the end of 2023 at which time current CEO Scott Galit “will continue in a strategic role.”

Payoneer is a global payments platform that works with many big tech firms.

According to the company, Caplan will assume leadership over the business organization and core corporate functions while Galit will continue to oversee Payoneer’s regulated activities as well as working on the “delivery functions that underpin the business.”

Caplan was most recently the President of North America and Europe at Alibaba.com a giant Chinese tech firm that also operates in the Fintech space.

While at Alibaba, Caplan is said to have led the transformation of the cross-border B2B business unit into the fastest growing and most profitable business unit. Caplan joined Alibaba’s team in 2017 following its acquisition of OpenSky, an SMB software platform he founded in 2009.

Galit said he has known Caplan professionally for several years and admires his accomplishments:

“We share a vision of how the digital world is transforming global commerce, how SMBs have a bigger role to play, and how today’s great companies must be built around customer and employee centricity. The opportunities in front of Payoneer and our customers are vast. The Board of Directors and I believe the next decade will require transformational leadership to match those opportunities. I am excited to partner with John as Payoneer continues to build a platform tailor-fit for the new global economy.”

Avi Zeevi, Chairman of Payoneer, said that Caplan is an inspiring leader:

“Payoneer is a global brand trusted by millions of businesses in over 190 countries and territories worldwide. The Board is confident John and Scott will be a great team that will leverage Payoneer’s assets and current momentum to lead us into our next chapter of growth.”

Caplan said he was thrilled to join the Fintech adding that Payoneer has robust financials and an industry leading portfolio of services:

“We have the can-do spirit, capability, trusted brand, talented and diverse global team to engage and serve businesses worldwide, and in doing so create shareholder value for many years to come.”

He added that he is honored to be “carrying on the company’s mission of bringing a universe of opportunities to businesses of any size, anywhere in the world.”