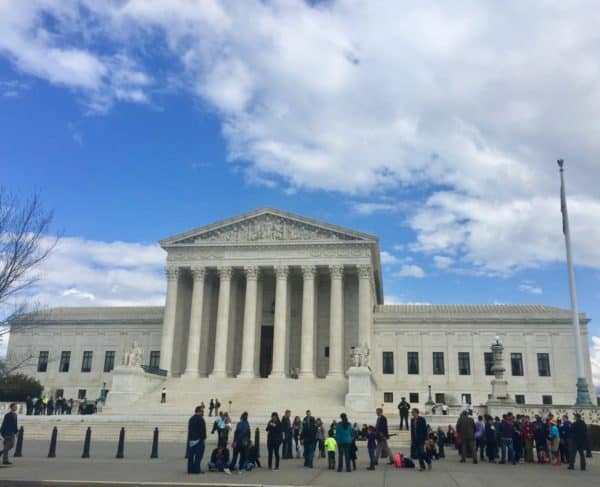 Coin Center, the not-for-profit digital asset advocacy group, has sued the US Department of Treasury.

According to a blog post from several days ago, Coin Center has taken umbrage to a portion of the Infrastructure Investment and Jobs Act, signed into law in 2021, that is “unconstitutional.”

“… there is one provision in the infrastructure bill that is unconstitutional on its face and that simply can’t be fixed through regulation. It is the so-called 6050I amendment, and it will require individuals and businesses who receive $10,000 or more in crypto to report to the government, not just the name of who sent them the funds, but that person’s date of birth and Social Security number as well.

Are you an artist who sells a painting or an NFT for $15K? You have to file a form informing the government on your client’s personal information. Are you a nonprofit who receives anonymous donations for your humanitarian work? No longer. You may have to give the government a list of your donors. This is an affront to our civil liberties that must be challenged the only way they can at this point: in court.

Our suit leads with two major claims: (1) forcing ordinary people to collect highly intrusive information about other ordinary people, and report it to the government without a warrant, is unconstitutional under the Fourth Amendment; and (2) demanding that politically active organizations create and report lists of their donors’ names and identifying information to the government is unconstitutional under the First Amendment. The first claim is about privacy and our Fourth Amendment right to be secure from unreasonable searches and seizures. The Fourth Amendment already has some huge carve-outs that leave people with precious little space for privacy. For example, under the “third-party doctrine” once you hand private information over to a bank or social media company, you lose your right to prevent warrantless searches of that information.”

When the Act was being discussed it became clear that portions of the legislation would be detrimental to the digital asset industry.  Coin Center notes that, at that time, it was one of the voices challenging the language and working with policymakers to make some changes to what became law. The legislation is another example of what happens when elected officials compose rules of which they have a limited understanding as to the impact on consumers. But then you get the government you elect.

As a side note, the legislation is another factor in driving government spending higher and thus fueling the punitive inflation that is crushing everyone.

Coin Center indicates they are ready to take the challenge all the way to the Supreme Court if necessary.

The complaint has been filed in the US District Court, Eastern District of Kentucky, Lexington Division. The document is available here.