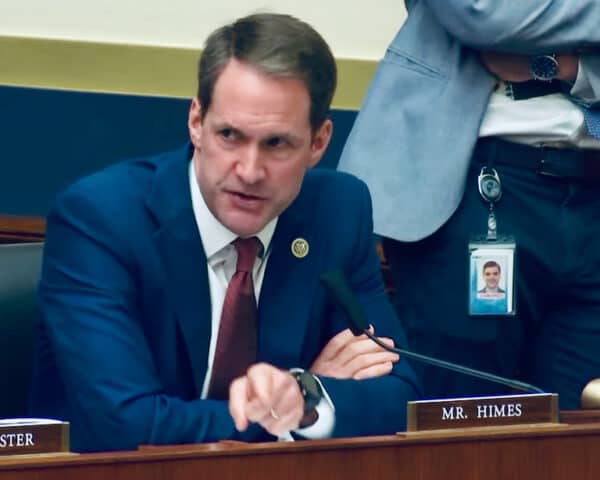 Congressman Jim Himes, an elected official from Connecticut, has published a “white paper” on the benefits of a central bank digital currency (CBDC).

“Over the last few years, we have seen other governments make real progress in establishing a central bank digital currency. The longer the United States government waits to embrace this innovation, the further we fall behind both foreign governments and the private sector. It is time for Congress to consider and move forward with legislation that would authorize a U.S. CBDC. I hope that this white paper will contribute meaningfully to that dialogue.”

Himes noted that the US Federal Reserve published a paper on CBDCs this past January.

“A U.S. CBDC would have advantages over privately issued stablecoins and crypto‐assets, most notably the ability to be backed by the full faith and credit of the U.S. government, like traditional cash, and would provide holders with a degree of safety that may not be offered by privately issued stablecoins because of the risk associated with sponsors’ reserves. Consumers who may be hesitant to use other crypto assets due to their price volatility, possible digital security concerns, and conflicting regulatory requirements may be more inclined to use a CBDC that is issued directly by a trusted central bank and holds the same purchasing power as physical cash. While it is possible that stablecoins and CBDCs might coexist, central banks should not delegate the development of a digital dollar entirely to the private sector…”

In the past, the Chairman of the Federal Reserve, Jerome Powell, has stated that a CBDC could co-exist with a privately issued stablecoin backed by the dollar.

While the process to approve, regulate and issue a digital dollar issued the government may be years away, currently there are mutliple privately issued stablecoins backed by the dollar in usage without defined regulation.

Recently, legislation was introduced in the Senate that provides for privately issued stablecoins.

Many governments around the world are studying CBDCs and China is already testing a digital yuan or e-CNY in multiple markets. Some industry insiders have expressed concern regarding a central government managing a digital currency that could be utilized to undermine privacy concerns.