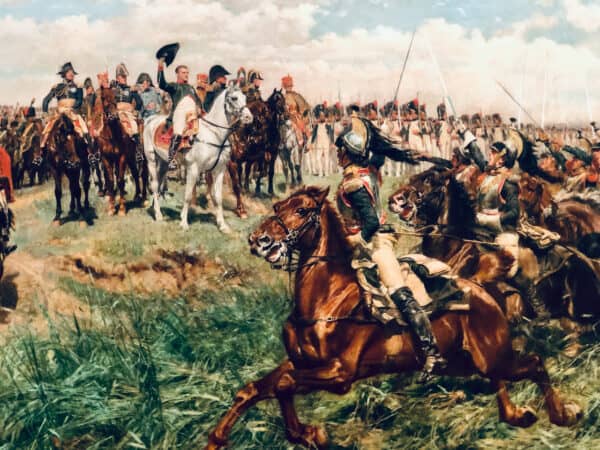 Hot summer temperatures have done nothing for the current “crypto winter,” which has seen a $2 trillion market drop from highs last year. The downswing, including the spectacular failure of the Terra Luna ecosystem and a cascade of exchanges temporarily halting withdrawals, has livened crypto’s critics including governmental bodies and their academic allies.

The crypto industry should ignore the bluster as it recalibrates. It should also accept legitimate criticisms. The crypto revolution has just begun, and tough battles lay ahead. But ultimately, those screaming “Get a horse” at crypto’s teetering automobile will be proven wrong.

Governments bear much responsibility for the crypto collapse. The trillions printed out of thin air recently had to go somewhere, and crypto, with its generally positive returns, were as good a place as any.

“Central banks were very quick to print gobs of money when it wasn’t needed, which led to excessive risk-taking and reckless build-up of leverage in the system.”

Cheap money meant millions poured into untested concepts and undeserving projects. Existing business models that may have seemed solid were not and are now facing collapse and rethinking. Of course, crypto is not the only victim of government profligacy. The S&P is heading towards its worst first half since 1970 as recession fears loom.

Crypto’s problems are short-term. The government-caused monetary bubble will wreak havoc on the industry in the near term, but the exposure of weak business models will strengthen the industry later.

Crypto’s problems are short-term. The government-caused monetary bubble will wreak havoc on the industry in the near term, but the exposure of weak business models will strengthen the industry later Click to Tweet

Some innovations will focus more on consumer value. Non-fungible Tokens (NFTs), for example, have a bright future in strengthening the relationship between entertainers and their fans and businesses and their customers through personalized experiences. Conversely, nouveau riche indulgences on jpeg art may be less sustainable.

Yet the crypto industry also bears responsibility for the current opening critics have seized.

Excess exuberance for any new technology foments overreach. Millions in venture capital poured into Terra Luna despite an untested design clearly unable to sustain a market downturn. Scammers abound, and the industry should help push them out—46,000 people have reportedly lost $1 billion since the start of last year. Hacks and inside-job “rug pull” scams have exposed the general lack of focus on network security.

The future will bring bigger battles. Enthusiasts’ zeal for decentralization and censorship resistance will collide with venture capitalists seeking control and return on investment. Environmental, Social, Governance (ESG) advocates who have so effectively captured public companies have crypto in their sights. They currently direct their ire at crypto’s energy use, but social factors are percolating. The crypto industry should not sugarcoat the vicious battles ahead. Yet crypto’s future is bright.  It’s current omnipresence in media and government attention belies how young the industry still is. Ten years ago, the price of Bitcoin was $15.40. Crypto’s current market cap is half that of Apple and less than one-twentieth of U.S. GDP. Current growing pains will not deter the long-term innovations.

At its heart, crypto is a way to hold and transfer value outside the prying eyes of the state. The idea of people exchanging value electronically outside the heavily regulated and, in some places, authoritarian financial systems already benefit the world, as people in the direst circumstances have already discovered.

Other individual-centered innovations will arise from this core concept in ways not yet imagined, just as mobile phones disrupting the taxi industry at one time seemed farfetched.

Critics — including those running the post-WWII global financial superstructure — insist this is all dangerous, unnecessary, or a Ponzi scheme it must protect us from. China and Canada — to give just two examples — show control over citizens’ lives is the real aim.

The crypto industry must answer legitimate criticisms and gear for the looming battles. But the press and public should ignore the current naysayers shouting insults from their equine transport. 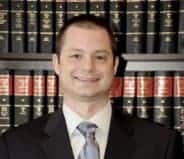 Paul H. Jossey is an Adjunct Fellow at the Competitive Enterprise Institute and the principal attorney at Jossey PLLC, which specializes in JOBS Act capital raises. He is also the founder of thecrowdfundinglawyers.com, which provides legal commentary on cryptocurrencies, equity crowdfunding, and the Securities and Exchange Commission. He authored the law review article ‘Fixing the JOBS Act and Inviting the Tokenized Future, the Need for Congressional Action,’ published in February 2021. His work has also appeared in a variety of publications, including Politico, The Hill, National Review, and The New York Post. He holds a BS from the University of Southern Mississippi and a JD from Case Western Reserve University School of Law.  Follow him on Twitter @thecrowdfundlaw