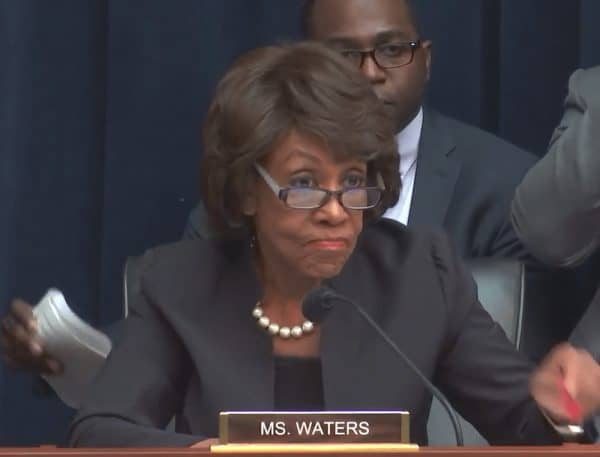 Chair of the House Committee on Financial Services, Maxine Waters, has sent a letter to Equifax demanding to know how they managed to distribute bogus credit scores.

Representative Waters issued the following statement on the debacle:

“I am alarmed at recent news reporting that for potentially millions of consumers, your company provided inaccurate credit scores to numerous financial institutions relating to their credit applications…this incident comes five years after your company announced one of the largest data breaches in the history of our country, exposing the personal information of more than 147 million individuals, which I invited you to testify before the House Financial Services Committee in 2019 to discuss. That incident, along with this recent episode and a litany of research, studies, and testimony demonstrating how broken our consumer credit reporting system is, all underscore the urgent need for CFPB and Congress to strengthen consumer protections in this area.”

Chair Waters has vowed to hold Equifax accountable for its transgressions while introducing new legislation spurred on by Equifax’s debacle.

As has been widely reported, Equifax found and then reportedly fixed a coding issue that impacted how some credit scores were calculated between March 17 and April 6, 2022. Equifax claims it has put additional controls and monitoring in place that will help detect and prevent a similar issue. While the majority of credit scores were not affected, some were erroneous, and Equifax advises that if you attempted to obtain credit between March 17 and April 6, 2022, you should reach out to your lender.

Equifax claims that less than 300,000 consumers experienced a score shift of 25 points or more, adding that a score shift does not necessarily mean that a consumer’s credit decision was negatively impacted.

Equifax did not provide details beyond that.

Equifax is one of the big three credit information providers in the US that is broadly used by banks and other financial services firms.