Today, everything is down in crypo-land. Bitcoin is sinking. Ethereum is wobbling and little to nothing is going up. This is largely due to macroeconomic factors. Soaring inflation, rising interest rates, the war in Ukraine… There is no end in sight to the gloom and doom. But give it a few days, and things will bounce as the bigger question will always remain where are things going in the long run? And then, how long is the long run?

Today, we have the most recent Coinshares report for digital asset fund flows. According to their numbers digital asset investment products saw inflows totaling USD $7 million last week, another tepid week of activity. Coinshares believes the meek activity represents a “continued lack of engagement amongst investors at present.”

Coinshares believes the hawkish position of the US Federal Reserve is pumping the brakes on everything – and they are probably correct. As inflation is continues to be rather stubborn, aided by spending by the current government in the US which obtusely has pursued stimulative policies, everyone knows more interest rate increases are coming – the next one this week.

Post Ethereum Merge flows indicate continued caution amongst investors with the 4th week of outflows totaling USD $15 million. While the Merge was off to a good start, it seems the excitement has dimmed for now.

Multi-asset investment products are a  bit a of a bright spot with year to date inflows totallin USD $224 million. 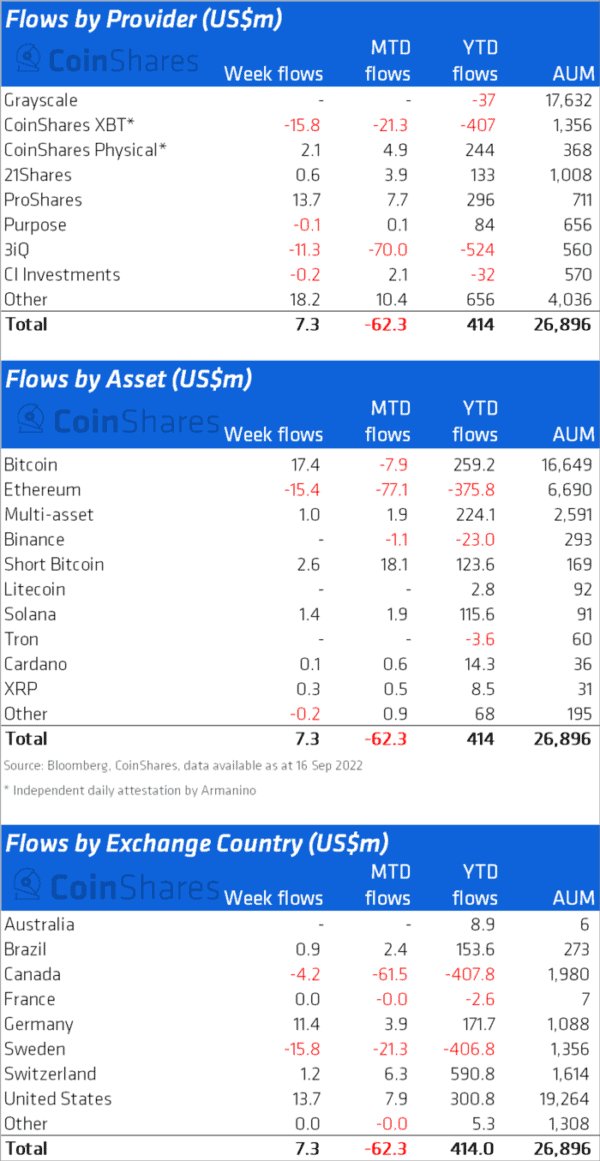