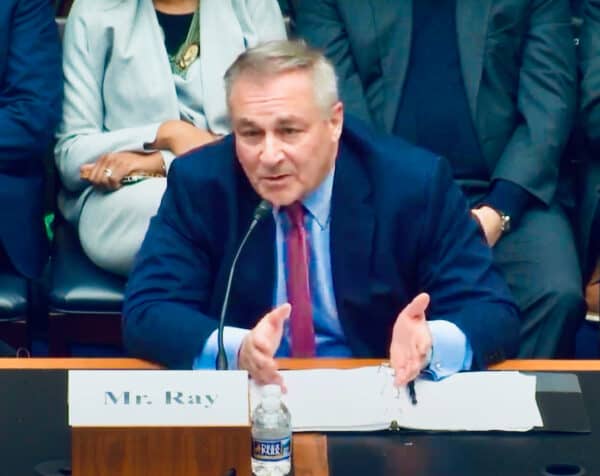 This past Tuesday, the House Committee on Financial Services hosted a hearing with a single witness – John J. Ray, III, the new CEO of FTX.

Originally, the Committee had scheduled the former CEO of FTX, Sam Bankman-Fried, to testify, but his arrest the day prior got in the way of his participation in the hearing. Some believe the decision to arrest Bankman-Fried the day prior was a strategic move.

Widely anticipated by industry insiders, the hearing provided insight into the many questions that have emerged in the bankruptcy of FTX and its affiliated entities. The allegations of fraud are astounding with officials claiming the malfeasance began the day FTX came to life. This stands in contrast to Bankman-Fried’s protestations.

At one point, FTX was the second-largest crypto exchange in the world – just behind Binance. The statements by Ray indicate the once-vaunted exchange operated in a manner that customer assets were comingled, doing business as one company, with the funds of Alameda Research – the hedge fund controlled by Bankman-Fried, accessing the capital for trading, acquisitions, and investments. Many of the investments made are now worth a “fraction” of their value. At the same time, billions in loans were made to insiders.

Committee Chair Maxine Waters commented at the beginning of the hearing:

“It’s clear that the time to act was yesterday. While the SEC has a huge job ahead of it and will require additional funding, Congress also has a role to play. We must not only investigate, we must legislate. I stand committed to working with the Ranking Member when he becomes Chairman of this Committee next year on drafting the rules that will effectively police this industry and prevent another FTX from happening again.”

“I believe in the promise of digital assets and those around the world building blockchain technologies. This is why I have worked, and will continue to work, to provide clear rules of the road for the digital asset ecosystem. That is how we protect American consumers and investors in this marketplace and allow innovation to occur in the U.S. I’ll finish with this: we know SEC Chair Gensler’s regulation-by-enforcement-only approach is not going to stop bad actors. Next year, I look forward to hearing from Mr. Gensler [SEC Chair] early and often on how we can provide clarity on the application of our securities laws to trading platforms—which he has failed to do. The Financial Services Committee still has a role to play in this fact-finding mission, which we will start today, and continue to work toward a legislative outcome to prevent this from happening again.”

So while members hammered Bankman-Fried’s fraud, there appears to be a consensus that regulation for digital assets must be pursued in haste.

So what else did we learn from FTX CEO Ray?

“No corporate controls, no oversight, no independent board.”

Below are some of the vignettes gleaned from the Hearing proceedings from Ray’s testimony and Q&A session.

In the eyes of John J. Ray, III, the actions of FTX and its management, specifically Bankman-Fried, were fraudulent. Over time, more information will become available as the court filings emerge and the bankruptcy process moves forward.