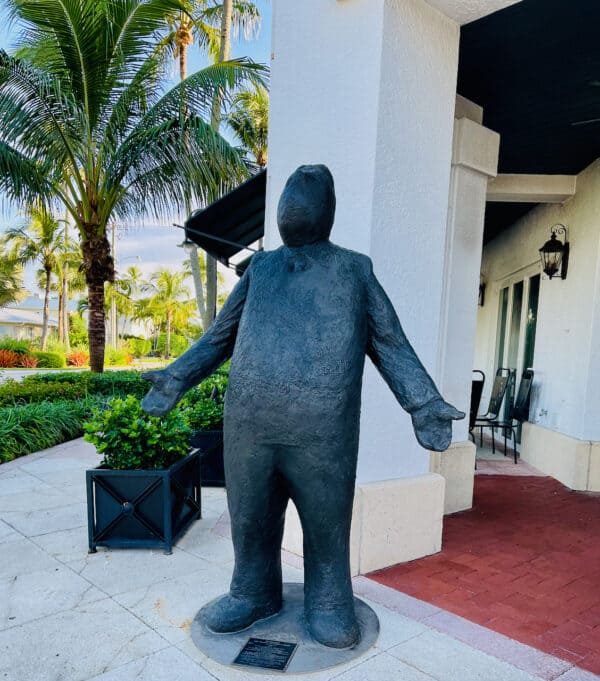 I started these predictions series back in 2016. Looking at the Fintech landscape today, it seems like ages ago. Plaid had just raised their $44 million series B from Goldman Sachs. LendingClub’s $3 million loan doc alternation was the scandal of the year. It was the same year that Mike Cagney resigned from SoFi and Coinbase added Ether (ETH) to their exchange for retail clients. According to KPMG’s The Pulse of Fintech 2016, it was a year of reset, valuation, investments, and M&A activities were all falling relative to years prior.

Seven years later, we are experiencing tectonic shifts in our understanding of the Fintech global market. From BigTech’s invasion into Fintech, the COVID pandemic’s worldwide impact and the advent of unchecked inflation resetting not only Fintech but our entire way of life.

If you are looking for last year’s predictions, here’s the link to that article. And my first three predictions then were “#10 – The Great Transfer of Wealth, #9 Crypto Civil War, #8 Money Laundering Nirvana… and #1 Inflation is our new friend”. It’s disturbing to see how many of these predictions have become reality so soon. 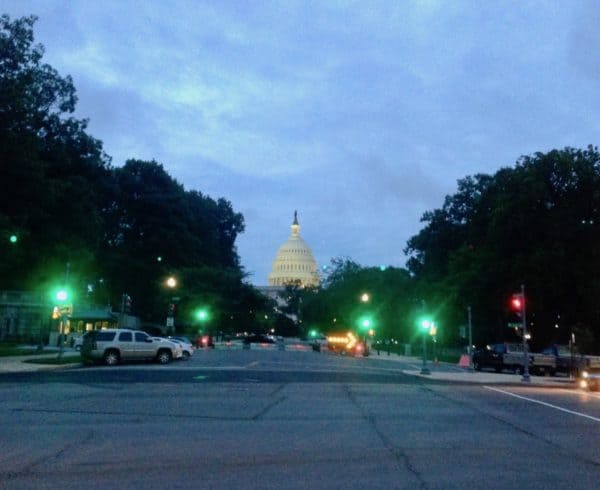 For the last few decades, oil sales have been denominated in U.S. Dollars. Since the decoupling of the U.S. dollar and gold, the U.S. government has been struggling to prop up the demand for dollars, and finally, they keyed off of another precious material, oil. Since Russia’s invasion of Ukraine, we see a shift in how the dominance of dollars diminishes as China and India are fighting over Russian oil and trading directly with Russia with Rupees and the Chinese Yuan. As each of these countries increases digitizing their currency, it will make it extremely complex for global Fintech players to compete with sovereign nations. These three countries will create SWIFT-like rails to trade with middle eastern oil-rich countries.

Since President Richard Nixon decoupled the US dollar in 1973 from the gold standard, inflation has skyrocketed. In 1979, the US Federal Reserve put in place monetary policies (e.g. raising interest rates to calm inflation) and directly inflicted the 1980s recession. These levers have been used a few times since the 80s, and it’s been shown that these policies are not working anymore; they only address the superficial symptoms temporarily. One of the proposals is to tie our currency to a finite resource once again. Bitcoin seems to fit the bill, but the governments around the world are still licking their wounds from the last gold shortage of the 1970s that led to the demise of the gold standard. Until we limit the supply of money globally, we will have these artificial, unilateral monetary policies which unfairly punish the general population.

A few years ago, I predicted that there will be at least two internet(s) in the coming years, and I am even more convinced that there will be multiple incompatible protocols that govern our daily lives emerging from sovereign and private entities. Why is this important? Commerce, trade, national security, privacy, and dissemination of information are just a few topics that come to mind that nations and Big Tech want you to be part of their protocol or ecosystems. Apple, SWIFT, WWW, Web3, 5G, Unit of Measurement, and Code Talkers are just some of these examples that we struggle with. Imagine a world where half of the population is communicating with each other on a completely separate network with a completely different encryption standard the rest of the world doesn’t understand and is not allowed in. Whether these fractures are rooted in social, economic, or other factors, I believe they will become more evident in 2023.

The world population currently stands at 7.8 billion, and for the first time, population growth has slowed below 1% year over year. This means that we will add about 78 million people or less in 2022. The deceleration is forecasted to continue. However, the median age of the world population is still increasing from 23 years of age in 1955 to 36 years of age in 2050 (we are living 56% longer in the span of 95 years). This puts an enormous strain on the world in terms of energy needs to maintain our aging population. There are not enough young people to produce enough energy to sustain the aging population. This enormous pressure shows up in our birth rate. To sustain our current population, the replacement birth rate is 2.1 (2.1 children born to one female), as of 2020, the U.S. birth rate is 1.6, well below the 2.1 per female birthrate needed to replace our population. China is at 1.7, and India has fallen to 2.2. We will see a collapse of our financial system unlike anything we’ve seen before, and no amount of monetary policy will curb this population implosion in the coming decades. Look out for major changes to your 401k, social security, and your medical benefits. There will be critical erosions in the coming days.

Since the popularity of the internet in the early 90s, we’ve had four recessions, the 1990s (oil/Iraq/Kuwait), 2000 (Dot-com bubble, 9/11), 2008 (mortgage crisis), Feb 2020 (COVID). We are now well into the 5th recession, this time, we are impacted by War, Inflation, and the influence of giant global companies which control our daily lives. These competing interests will disrupt the global flow of information and, therefore, wealth. We will see a recession that has a domino effect not based on countries or regions but on the interconnectivity of big global companies, tech or otherwise. Imagine SpaceX refusing to send satellites for Apple or Starlink threatening to turn off an entire country’s access to the internet while under duress…

With increasing interest rates and reductions in the equity value of anything from real estate, to cars, and durable goods, many of us are underwater. Those who overpaid for their cars will walk away from their old cars and get financing with lenders relaxing rules, the oncoming strategic defaulters will be the headline for 2023 and beyond. We’ve seen the housing market tank over 20-30%, and car values sink 30%+, the combination of higher interest rates coupled with cooling demand will send shock waves to the consumer credit sector. This time, the increase in consumer spending due to inflation will be the icing on the cake. The last time when the consumer credit bubble burst in 2009, 30% of a $1.3 trillion consumer credit vaporized. We will see a large number of lenders, Fintechs, BaaS (Banking as a service) players going out of business.

We will see a large number of lenders, #Fintechs, BaaS (Banking as a service) players going out of business Click to Tweet

#4 – Kiss your BaaS [Banking as a Service] goodbye.

I hate to break it to you guys, but the era of rent a charter is over with crushing regulatory pressure, and the shear number of “banks” cutting corners to make a dollar is giving the entire industry a bad rap. The OCC (Office of Currency and Comptroller), CFPB (Consumer Financial Protection Bureau), and even Congress is involved in regulating bad actors with their latest report on how Fintechs are defrauding the government intentionally through loose underwriting of their PPP program. Be glad SBF (Sam Bankman-Fried) and FTX (crypto exchange) are taking flak right now in the news media. Most of the rent-a-charter banks are no longer taking new Fintech partners, and BaaS solutions built on these banks are frantically trying to find other bank partners to service, but there are no other banks that want to stick their necks out right now. There will also be mass casualty with Fintechs that use their bank partners to lend and issue credit cards.

#3 – It’s all about Consumer Spending.

The only bright spot in our economy is all that newly printed government money still being spent. Whether consumer sentiment is high or everything costs twice as much as before, we can’t tell at the moment. Generally speaking, we are consistently opening over $1.4 trillion per quarter, the only dip we’ve experienced was due to COVID. To put it into perspective, 25 years ago, we were spending half of that, at about $700 billion per quarter. If you are in the payments, collections, and consumer spending business, you are in luck. Americans are still transacting, buying, and spending. If you are in the retail business, you are in luck as well, as more countries are coming back online from COVID, more money will be poured into the economy to courage further growth. Until unemployment catches up and government assistance dwindles.

Once again, the working class is taking it on the chin. Those that moved to secondary cities with a lower cost of living relative to urban areas paid a premium for otherwise anemic real estate prices, are now seeing their home values tanking. The ruling class is now requiring their workers to congregate back into the office, and the ruling class will win. Last time I checked, they were the ones paying salaries and making investments. This means that urban area housing and rent will rise again, and the upper echelons of our society will get their cut again on real estate. Last year, I talked about the great transfer of wealth, it looks like there will be another round of transfer, and it will reset workers around the world back a few years while making housing even more unaffordable in the coming years. This continuing migration of the working population will have an impact on how banks and Fintechs need to take care of these potential clients. Many of our algorithms are based on location and assets. Have you ever filled out applications that ask you how many places you’ve lived in the past five to ten years? They might be calculating a stability index that might have an adverse effect.

#1 – US becomes a Technocracy.

The revolution has already happened, and it took just about 20 years to complete. The Russian revolution, from the beginning (1917) to the end (1938 great purges), lasted about 20 years. The Chinese communist revolution took 22 years, from 1927 to 1949. The American revolutionary period was about 20 years as well from 1765 to 1783. The second and most recent revolution took place from 2000 to 2022. One may argue that America changed from a representative democracy to an oligarchy technocracy. Shall we name a few of the ruling classes in this new technological oligarchy? Fintechs going forward, need to align with these technocrats and their industrial complexes.

Here’s to another trying year in Fintech. As always, take these momentous changes in our industry head on and whatever comes, be thoughtful and kind to each other. 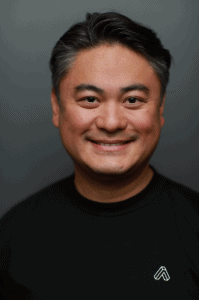 Timothy Li is a Senior Contributor for Crowdfund Insider. Li is the Founder of Kuber, MaxDecisions, and Alchemy. A serial entrepreneur, Li has over 15 years of Fintech industry experience. He’s passionate about changing the finance and banking landscape. Kuber launched Fluid, a credit-building product designed for college students to borrow up to $500 interest-free. Kuber’s 2nd product Mobilend is a debt consolidation product aiming to lower debt for all Americans. Alchemy, a state-of-the-art end-to-end white-labeled lending platform, was acquired in 2022. Li also teaches at the University of Southern California School of Engineering.