Female entrepreneurs are shown to be more active than men and receive more backers per campaign and a higher average donation value, in fact raising 10.75% more money than male run campaigns.

The crowd sourcing platform Crowdcube celebrated their 2nd birthday last week and the infographics they released, showed that only 10% of entrepreneurs going for funding are women.

Unfortunately these women led campaigns are met with a shortage of female investors, despite women owning 49% of the wealth in Britain, they total only 5% of the angel network in the UK, which is unfortunate as female investors tend to invest more time in mentoring investees, which is something a female-owned business would particularly appreciate

Ocky Olly founder Marilu Wren, who has recently launched her crowdfunding pitch on Crowdcube, was pleased to note that research shows that although 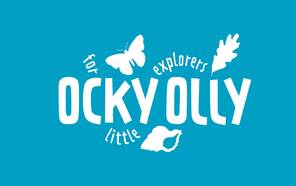 women are less likely to ask for funding, when they do seek to raise funds through the crowd, they have a high success rate in securing funding, with approximately 41% of successful campaigns being led by women.

Based in Devon, Marilu is also encouraged by the statistic that the South West received funding for the most projects after the South East, with retail projects being the front runners when it comes to securing investment over the last two years. 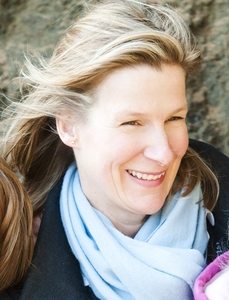 Ocky Olly’s first product is the Smocka, a practical and innovative play top for pre-school children, that encourages them to play and learn outside. Made of fleece with fun, digitally designed canvas trims, it’s ideal for little explorers who like to collect things. The large pocket has a waterproof lining which is perfect for conkers, leaves, shells and other discovered treasures, whilst also protecting the garment as a pouch, once the Smocka is folded down and turned inside out.

Having recently won a Best New Business Award 2013 from the Devon based Women’s Development Unlimited, who provide training and support for business women in the South West, Marilu is excited by this crowd sourcing investment opportunity. She says “The needs of the child in the children’s clothing market are often sacrificed in the name of fashion itself. Ocky Olly are significantly different in our approach. We seamlessly engage all the generations whilst producing high quality, innovative products for the children themselves.”

Ocky Olly have developed an ethical brand with a British pedigree and are seeking to raise £150,000 through financing equity, to launch new products and accelerate growth initially within the UK and then beyond, with a proposal that also offers UK investors and business angels EIS Tax Relief.