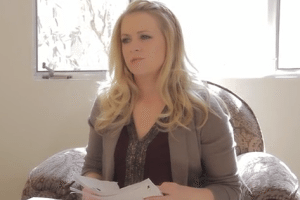 Not every Kickstarter film-funding effort ends in multimillion-dollar success, a la actor-writer-director Zach Braff’s recent campaign or that achieved by the cast and creators of the canceled CW show “Veronica Mars.” Just ask actress Melissa Joan Hart, who failed in her efforts to raise $2 million for a romantic comedy in which she was hoping to star.

Turns out fans of the ’90s child star — best known for the “Sabrina the Teenage Witch” TV movie and series  — weren’t so interested in watching her play a single thirtysomething forced to attend her sister’s wedding solo in Thailand. The project was titled “Darci’s Walk of Shame.”

… Hart said the video wasn’t enough to convince her fans to reach for their wallets.

“We didn’t give them the two things it takes to sell a movie: a poster and a trailer,” she said. “I really think that’s where we missed the boat.”

Read more at The LA Times