The Alliance of Merger & Acquisition Advisors is holding their annual conference in Chicago next week, and for the first time ever the conference will include a large panel on crowdfunding.

The AM&AA is comprised of 900 independent professionals – CPAs, attorneys, investors, M&A advisors, etc. – who are involved in the day-to-day activity of buying and selling of companies. I recently had the chance to speak with Michael Nall, a founder of the AM&AA and someone who is very passionate about economic growth, about the decision to bring crowdfunding into their conference and what crowdfunding means to their industry. 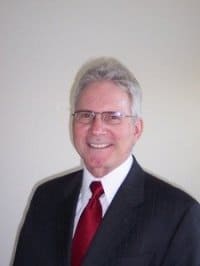 “Generally speaking, most schools of business – Harvard or Wharton, and most of the popular press – when they talk about M&A, they think of larger public companies, and for many years that was the only type of business that was considered worthy of study,” Nall told Crowdfund Insider. “But now, M&A also relates to the buying and selling of smaller private middle market companies, and theres new research that points to the fact that these small- to mid-size private companies are really the engine of our growth and prosperity.”

According to Nall, M&A activity has been off from expectations in 2013. He says there is plenty of capital for investment. The problem is twofold. One, there are too few companies available with the type of performance history or future plans that attract investors. Two comes down to risk aversion in the wake of the largest economic downturn in the United States since the Great Depression.

“I believe very much in any solution today that provides greater access to capital, and as we look at how companies start, grow, mature and then transition – and its all a lifecycle – our problem today is we’re so filled with risk and uncertainty,” Nall said.

“Everybody’s very risk-averse… I just had an article published in M&A on due diligence and how the review for any company selling now or buying is much longer because everybody’s so cautius and nobody wants to stretch or take a risk, and consequently this permeates everything were doing.”

Nall says that M&A professionals need to be more proactive both in encouraging a willingness to take risks, but also in driving the future direction of regulations affecting the M&A space. This has led Nall and his organization to become active participants in the crafting of “JOBS Act 2.0” in order to “ease regulatory burdens and provide access to startup and growth capital.” The AM&AA is pushing for an exemption for certain small business intermediaries, encapsulated in a June bill presented in the House. This is all in an effort to drive capital to the middle market ecosystem, which Nall says is the primary engine of job growth and economic prosperity.

These companies may have sales between $5 and $150 million, or up to $500 million broadly speaking. Nall says these companies had been overlooked previously, too small when compared to the big ubiquitous public companies. However, interest in the M&A sector has grown, and Nall says we’re in the midst of a generational transfer. As baby boomers retire their companies change hands, and that exchange doesn’t always happen within families. These are construction companies, manufacturers, distributors… businesses that are too big for Main St. and too small for Wall St.

Crowdfunding could drive capital to the middle market in new and exciting ways, driving growth and eventually mitigating the risk that stifles growth today.

Next week the AM&AA will hold their annual conference in Chicago, and there will be a two-hour panel on crowdfunding. Speakers include…

Nall says he hopes attendees will leave with three things…

More information about the event is available on the AM&AA web site.