Balanced was created to increase the global economy through payments. As we built Balanced, it troubled me that we had adopted the closed-off culture common to the financial services industry, where everything was locked up for the sake of “competitive advantage.” That wasn’t the kind of company I wanted to build, and over time, we learned how to open up, which let us move and grow faster as a company.Matin Tamizi, CEO of Balanced, via FastCoLabs

In our continuing examination of online payment solutions for the crowdfunding industry, Balanced stands out. The San-Francisco based, Y Combinator-backed payment and escrow company takes an unorthodox approach to the development and extension of their proprietary payments API. It’s allowed them to iterate and grow quickly with the help of a growing roster of clients.

Anyone familiar with software development has heard of Git and Github. For the non-devs in the crowd, Git is a versioning system that allows code changes to be cataloged, allowing developers to sanely change their code while being able to revert changes, track progress and perform a handful of other mission-critical actions. Most importantly, it allows multiple developers to work on the same codebase without stepping on eachother’s toes. Without versioning systems like Git, SVN and others, software development would be madness.

Github is an online platform for hosting Git histories, called repositories or repos for short. Github allows other developers to push and pull their code changes to a master repository. It also incorporates a few other really cool features, namely the ability to request and discuss potential code changes. That is where Balanced has come in.

There are two types of Github repositories: public and private. Most companies (Crowdfund Insider included) will host private repositories on Github in order to control access to code and intellectual property while still being able to make use of the features Github provides.

Balanced, on the other hand, hosts public repositories for critical systems like their client libraries for programming languages: Python, Ruby, PHP, Java and others. Making these repositories public allows anyone to examine the code and implement changes. Those changes can be proposed as permanent changes, and the Balanced team can decide whether or not to fully implement them. 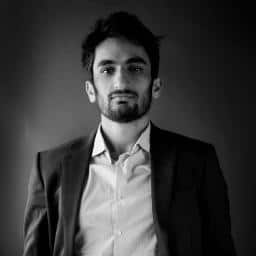 Consider this scenario: Forbes contributor Jon Matonis wrote a piece that was critical of Balanced’s approach to online payments. In it he alluded to a missed opportunity for the facilitation of Bitcoin integration. How did Balanced CEO Matin Tamizi (pictured, left) handle it? He turned to his clients by personally posting an issue ticket for Bitcoin integration. It started a discussion among his team and his clients about the need and the feasibility of just such a feature. Some companies get defensive. Balanced just opened up.

Just about every company will discuss potential improvements with clients, but Balanced does so in the open, and they let clients participate in the improvements themselves. It’s an unorthodox approach to building a company, but it’s worked for them thus far.

Recently I spoke with Balanced co-founder and VP of Growth Jareau Wade about how the company came to be, how they are serving the crowdfunding space and where the product is headed in the future.

Crowdfund Insider: First, let us start with the obvious question: in a nutshell, what is Balanced?

Jareau Wade, co-founder, VP Growth @ Balanced: Balanced is a white-label payments API used by hundreds of online marketplaces and crowdfunding platforms like Zaarly and Crowdtilt. These companies use Balanced to process payments from buyers’ credit cards or bank accounts, hold those funds in escrow, and issue payouts to sellers’ bank accounts via next-day ACH direct deposit. We’ve been doing nothing but two-sided payments for our partners since early 2011 and operate as an “open company,” which allows us to work closely with our customers.

Tell me a bit about how the team behind Balanced formed. How has the team’s prior experience helped shape the direction of this product?

Funny enough, one of the most crucial relationships that lead to the creation of Balanced was formed via Craigslist, a platform that many of our customers are now disrupting. I studied electrical engineering and business at University of Pennsylvania, graduating in 2007. In early 2009, I moved from Accra, Ghana (where I had spent a year helping start a technology-entrepreneurship training school called MEST) to Palo Alto to start work as the first employee at an e-commerce startup called Milo.com. Tired of sleeping at the apartment which was serving as Milo HQ at the time, I began searching through Craigslist for a place to stay and found my future friend and co-founder, Matin Tamizi. Matin and I had similar interests: we were both athletes, we were both engineers working at startups — me at Milo, and Matin at his own bootstrapped venture, and we had both recently returned to the States from an extended period abroad. So we became roommates. 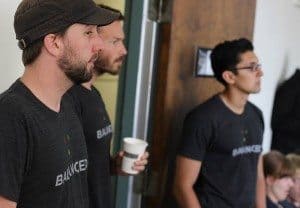 Matin had always been obsessed with infrastructure: energy, communications, education, waste management, transportation, and financial services. While getting a computer engineering degree 3 years from University of Maryland, Matin worked at a retail bank specifically to learn more about what was behind the scenes of consumer facing financial services. After college, he worked as a product line manager in Europe, a role which helped improve his business acumen (sales and BD), but also his product management and people management skills. When Matin and I met, he had recently returned to the Staes to start a payments company, but the financial markets bottomed out around the same time he was looking for seed funding in late 2008, so he began taking on contracting work to bootstrap his way forward. One of the gigs he got was doing some engineering work at Milo.com. After a few months he came on full-time as Milo’s 2nd employee and VP of Business Development and Senior Engineer (a growth hacker before the term existed). This was mid-2009.

Matin and I were living together in an apartment in Palo Alto and working together at Milo. After Milo raised its Series A, we began hiring. Matin mentioned to the Milo management the best engineer he knew at UMD was a tall Egyptian man by the name of Mahmoud Abdelkader. At the time, Mahmoud was in NYC writing high-frequency trading systems on Wall St. for Wachovia Securities, but Matin convinced him to leave his cushy east coast lifestyle to become employee #4 at Milo and our 3rd roommate. The three of us worked and lived together until March 2010 when Matin left Milo to begin work on what was the first embryo of a product that has become what Balanced is today.

In early 2011, just after eBay acquired Milo, Mahmoud and Matin went through the Y Combinator program in Mountain View, built the first version of a payments platform for online marketplaces, and got their first few paying customers. I joined them in May, 2010 and we’ve been listening to our customers ever since. Matin, Mahmoud, and I are all business-centric engineers, and before founding Balanced we were all working on infrastructure problems: education, communication, and financial services. This infrastructure perspective has lead to Balanced’s mission: To change the world by enabling new forms of commerce.

How is Balanced working to serve the crowdfunding industry? Can you share any current clients building upon your API?

Here are a few Balanced customers that many consider to fit the model of a crowdfunding platform. As you can see they span very different verticals, but they all fall within the category of Balanced’s focus: two-sided platforms:

As I mentioned on the phone, the features Balanced’s API offers versus, say, Stripe or Braintree’s are interesting, but over time we can all build the same tech. One of the main advantages of working with Balanced is that developers get access to the features most useful to crowdfunding platforms first, and since all we do is work with double-sided platforms like crowdfunders, we tend to pay a lot of attention to the nuances. Here are some examples:

What is the fee structure?

Here’s our (almost) finalized pricing page. Standard rates start at 2.9% + 30¢ for card transactions and 1% + 30¢ with a $5 cap for bank payments. We also charge 25¢ to push money to a bank account. We offer discounts as transaction volume increases.

One of the remarkable things about Balanced is the openness of the tech and the decision making process behind the company. It’s extremely unorthodox, but it seems to be working for you! How does a payment processor operate this openly and still maintain their place in the market? Has that provided a tactical advantage? Any disadvantages?

My CEO, Matin, wrote about some of the struggles of running an open payments company over at FastCoLabs, and one of our interns wrote a blog post about working at an open company a few weeks ago.

Most of the payments industry — credit card networks, banks, processors, and many 3rd party agents — make decisions behind closed doors, and generally try to squeeze every penny out of their customers (alternatively Balanced has pricing conversations with our customers on public forum). It’s no surprise the value their financial service products provide to customers hasn’t increased much over the past 3 decades. We feel that by providing a platform for our customers to communicate openly and freely with us we get better, faster feedback about what our customers want. Alternatively since most of our code is open source, our customers can add almost anything that’s missing from Balanced themselves, without having to wait for us to do it. For example, one of our favorite community members made an iOS SDK for Balanced and contributed it back to the community. We’ve even had community members base portions of their product off ours, using much of our code since it’s open. See Cultivate Studio’s status page vs. Balanced’s. This is great because it means we helped them write less code than they otherwise would have had to.

For the industry stakeholders out there, why should they consider integrating with Balanced over other solutions?

Balanced gives developers the features most useful to crowdfunding platforms first since this is all we focus on, and better, since our roadmap is so heavily influenced by our customers. Balanced is also specifically designed such that we can give each of our customers the support and attention they need to be successful.

Anything fun in the product roadmap that you can share at this time? What is next for Balanced?